NOTE: This event has now passed. 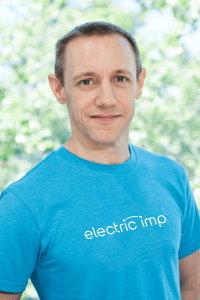 CEO and Co-founder of Electric Imp 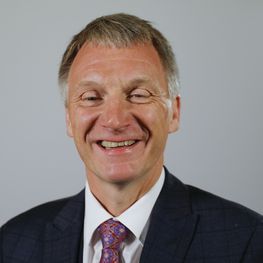 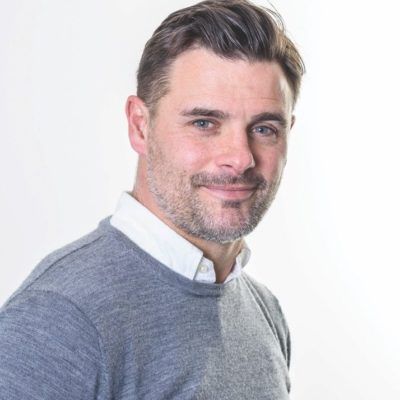 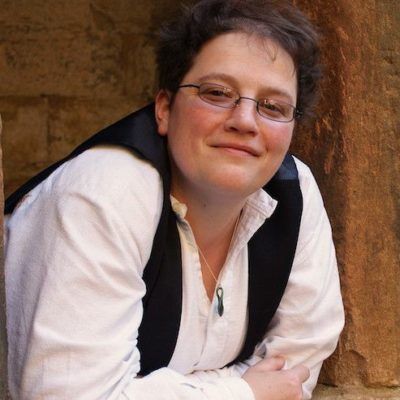 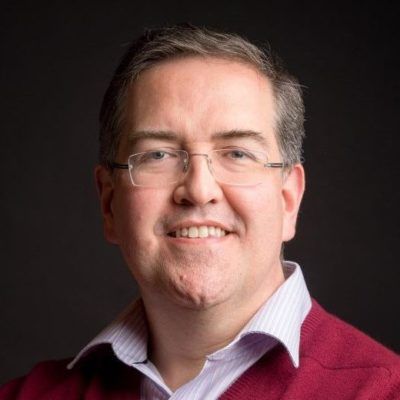 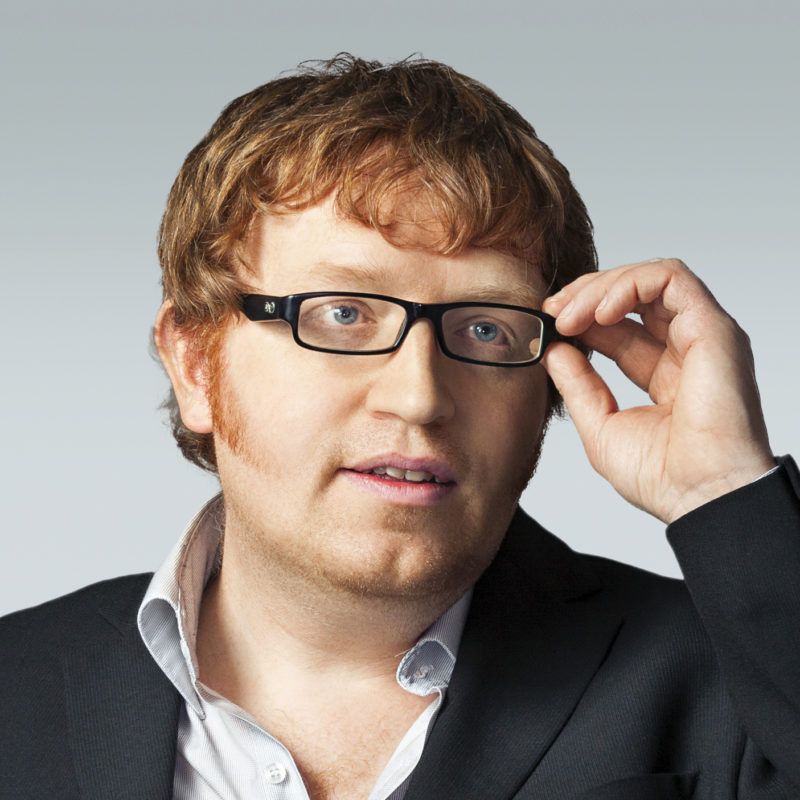 Founder and CEO, Machines with Vision 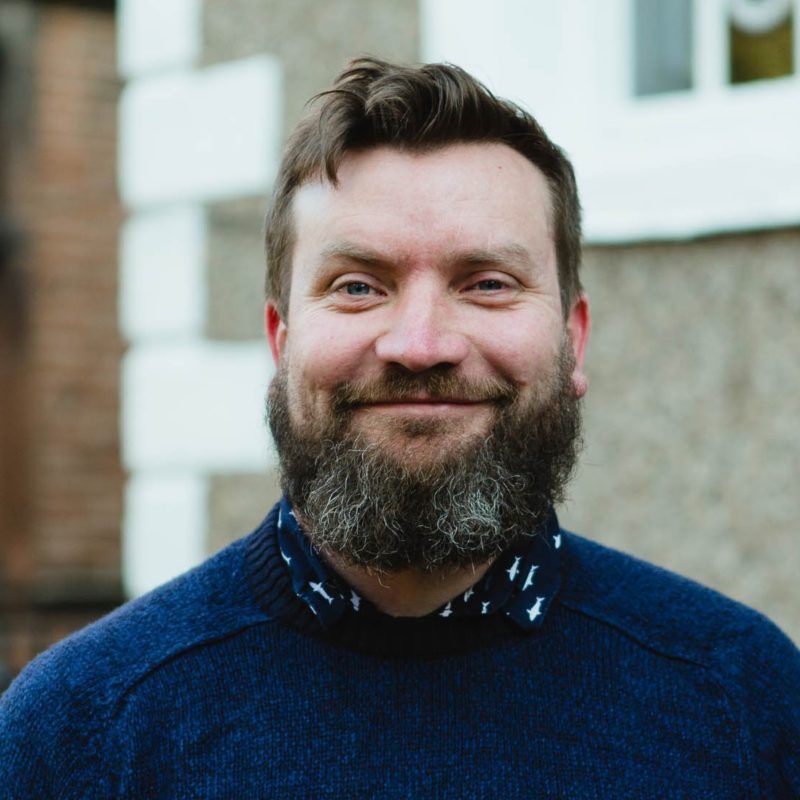 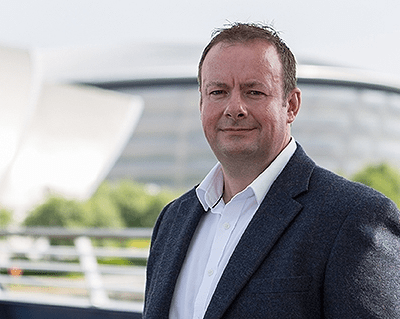 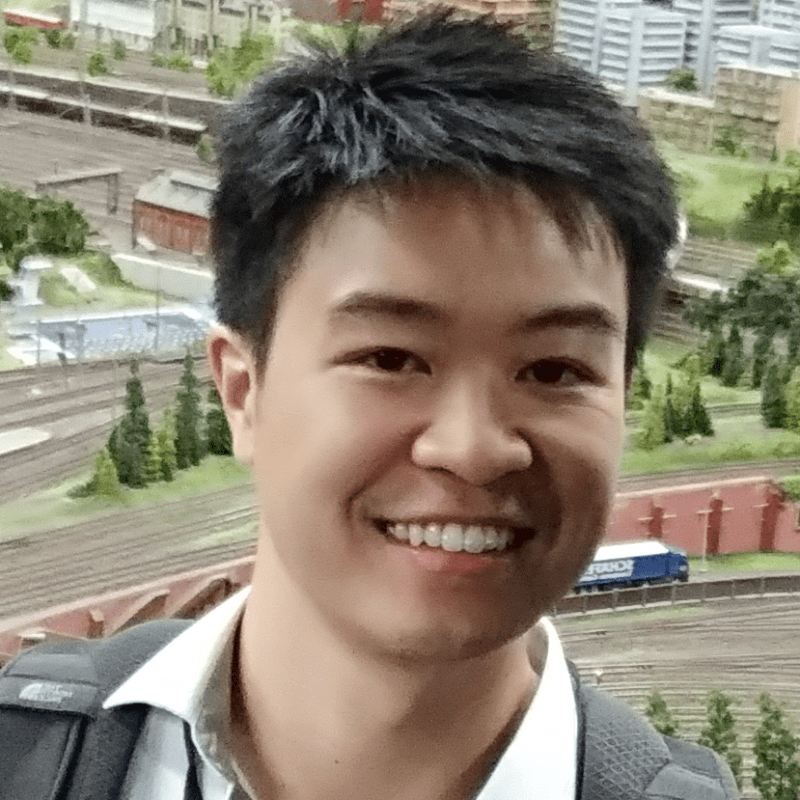 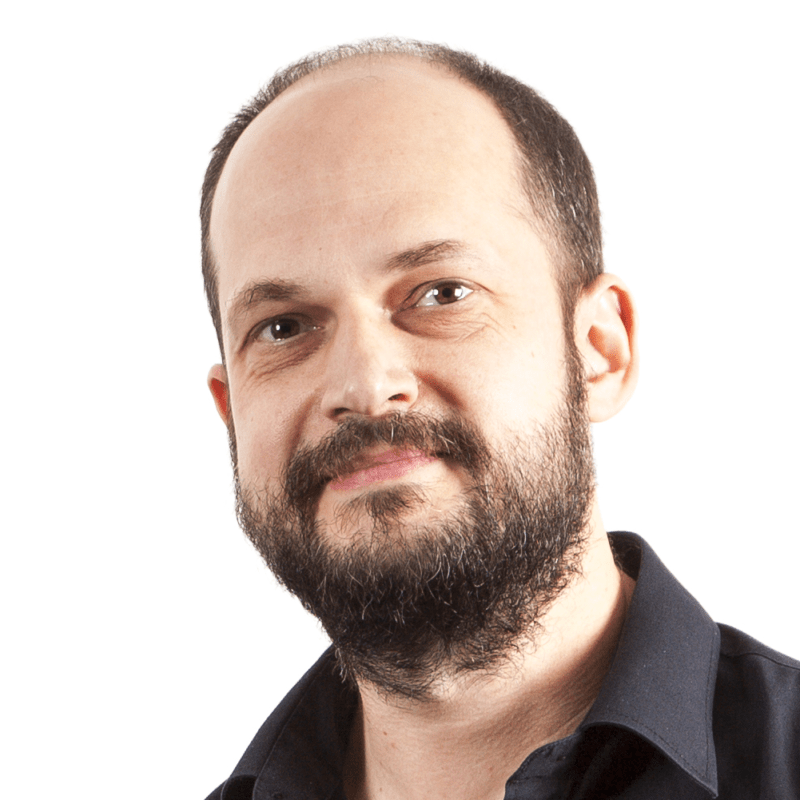 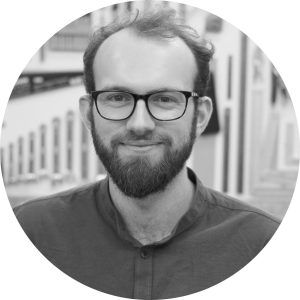 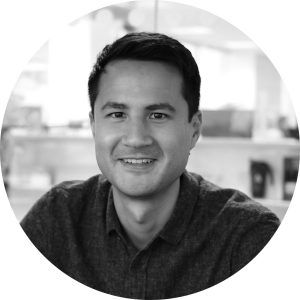 A maker at heart, Hugo has always loved building things and making them work. He founded his first startup in 1985, selling his bulletin board and terminal emulation software and has been hooked on digital communications ever since. After belatedly enrolling at the University of Warwick, he received his degree in Computer Systems Engineering.

Shortly after graduating, he started his next venture – Empeg – that built the world’s first in-car MP3 player (and second ever Linux-powered consumer device). Following Empeg’s acquisition by Rio, he spent several years working on networked and portable MP3 players before being lured to Apple with the promise of working on “a really really cool product.” That product turned out to be the iPhone, and Hugo led the hardware team through the first four generations of the iconic device, before being tapped to build the first Nest thermostat.

During his time at Nest, Hugo realised that connected devices were going to change the world for the better, but only if they were secure, maintainable, and flexible – and that these qualities were available to every device maker. Along with co-founder Peter Hartley, he came up with the unique architecture that forms the Electric Imp IoT Connectivity Platform, and founded the company in 2011.

Ivan McKee MSP was appointed Minister for Trade, Investment and Innovation in June 2018. He supports the Cabinet Secretary for Finance, Economy & Fair Work, and his specific responsibilities are:

Ivan McKee’s career has involved a number of senior roles in manufacturing and business, managing companies in the UK as well as Poland, Finland, Croatia and Bosnia.

Early in his career, Ivan spent two years with VSO in Bangladesh. He is currently a trustee of the charity CEI, which supports education and health projects in Bangladesh.

As Business Development and Strategic Product Manager for Bosch Rexroth, Andrew Minturn supports the implementation of Industry 4.0 for businesses across the UK. Now established as one of the key experts on the subject, Andrew has given a number of talks at leading industry events demonstrating the benefits and best practice of creating an Industry 4.0-enabled facility.

Andrew’s career in engineering spans over 25 years, during which time he has worked across industries such as aerospace, general automation, food & packaging and medical. He began working as an engineering toolmaker for BMW Manufacturing, formerly known as The Rover Group, in 1991, where he was responsible for the manufacture of car body presses and tooling.

Andrew remained at this company for ten years before going on to study for his ONC and HNC qualifications. He subsequently joined Bosch Rexroth as a Technical Support Engineer in 2002. While working at Bosch Rexroth, Andrew continued his formal education in engineering, graduating from the University of Bath with a First-Class degree in Engineering Systems in 2010. He went on to specialise in assembly technology and system sales, before moving on to his current role of Business Development and Strategic Product Manager in 2016.

Professor Niamh Nic Daeid BSc BA PhD FRSE, FRSC, CChem, FCSFS, FICI, FFireInv is an award winning Chartered Chemist and Authorised forensic scientist. She is a Professor of Forensic Science and Director of both the Leverhulme Research Centre for Forensic Science (a 10year, £10million centre for disruptive research) and the Forensic Drug Research Group both at the University of Dundee. She has been involved in forensic science education, research and casework for over 24 years.  She is a Fellow of the Royal Society of Edinburgh and holds fellowships of the Royal Society of Chemistry, the Chartered Society of Forensic Science, the Institute of Chemistry of Ireland, the Royal Statistical Society and the UK Association of Fire Investigators.

She has held National and International leadership positions in both fire investigation and forensic science. She is the immediate past chair of the European working group for fire and explosion investigation and of the INTERPOL forensic science managers symposium and is the current vice chair of the Scientific Advisory Board for the International Criminal Court.  She is an appointed Commissioner on the Dundee Drugs Commission, a first of its kind in Scotland.

Niamh is a registered forensic practitioner with the National Crime Agency and is authorised as a Forensic Chemist under the Criminal Procedure (Scotland) Act 1995, Section 280(4).  She has been involved as an expert witness for the courts in over a hundred criminal cases including investigations relating to fire scenes and terrorist events.  She is currently one of the expert witnesses appointed to the Grenfell Tower public inquiry and has provided both written and oral evidence to the Public Inquiry.

She has led the development of Codes of Practice for forensic science practitioners in fire investigation in the UK and in Europe and has developed international analytical guidance for the United Nations. She sits on the steering committee of the Judicial primers project led by the Lord Chief Justice of England and Wales and the Lord President of Scotland in collaboration with the Royal Society and Royal Society of Edinburgh.  She has published over 200 research papers, book chapters, monographs and books and holds a research grant portfolio in excess of £12.8 million.

Michael is Head of Strategy at Meridian Mobility, the UK’s unique gateway to connected and self-driving technology development. He is on secondment from the UK Government’s Centre for Connected and Autonomous Vehicles (CCAV), of which he was a founding member in 2015.

Prior to CCAV, Michael was Head of Horizon Scanning in the Government’s Horizon Scanning Programme, establishing a cross-Government Emerging Technologies Community of Interest reporting to the Cabinet Secretary’s Advisory Group.

Michael holds Master’s degrees from the Universities of Toronto and Oxford.

Dr Anthony Ashbrook is a technologist and serial entrepreneur with expertise in computer vision and machine learning and a drive for building and leading technology enabled companies. After completing his PhD and working as an academic researcher, he discovered a proficiency for taking leading edge research and applying it to real world problems in a commercial setting.

The programme lead for the Game Changers initiative commenced his career in the nuclear industry in 1996 as a plant chemist at the Dungeness A power station, a role focused on the control of reactor gas chemistry to prolong the graphite core life and reduce carbon build up on the fuel rods.

A career move to Cumbria and BNFL Research & Technology (now NNL) as a Senior Research Technologist in the Effluent Team resulted in four years primarily working on aerial effluent issues.

Paul’s current role in Technology Commercialisation is something he describes as the most interesting of his career: “I get involved with the bright ideas from NNL, from academia and SMEs and work to help develop them into projects with real potential for deployment – not just at Sellafield but across nuclear sites worldwide.”

“I really believe that championing innovation within NNL is key to the future of the organisation and the sector – new build, operation and decommissioning. The investment we’re making to develop the best ideas, support the people and SMEs behind them will bolster the industry and be of encouragement to future generations looking for a rewarding and engaging career.”

Dr Frank Allison is co-founder and Managing Director of FIS360 Ltd. FIS360 provides commercialisation expertise to support the development of early stage technologies from concept to commercial product to a range of SME’s, corporates and academic institutions as well as develops and delivers commercialisation initiatives, inc. Game Changers.  Frank has over 15 years’ experience of commercialising early stage technologies and worked in the Middle East where he was jointly responsible for developing and delivering a technology transfer business unit and innovation investment fund.  Frank also developed new and managed existing strategic partnerships with the likes of Saudi Aramco, SABIC, GE and MIT.

Frank has also held various board positions in spin-out companies, steering and energy foresight committees and spent many years in the space, aerospace and steel industries in the UK and USA.

Owen Lo is a Research Fellow at Edinburgh Napier University. Owen has contributed to numerous research projects during his time at Edinburgh Napier University including evaluation of a cloud-based e-Health platform (Cloud4Health), implementation of a data governance engine (safi.re), evaluation of an Anonymised, Distributed, e-Commerce Architecture (ADeCA) and development of digital forensic investigation tools (Fragment Finder).

His current research area involves hardware and software security with particular focus on the topic of IoT security. Some of the recent work he has conducted includes side channel attack on the PRESENT block cipher and vulnerability analysis on Bluetooth enabled IoT devices.

Alistair Carty is the Technical Director of Replicade Ltd and Wilderness Sensors, companies that specialise in innovative asset management technology solutions primarily in the aerospace, automotive and cultural heritage sectors.

Cutting his teeth on assembler programming in the 1980s, large-scale database consultancy in the 1990s, high-performance 3D graphics in the 2000s and financial enterprise architecture in the 2010s, Alistair’s wide experience provides the backbone for Replicade’s IoT focused product and consultancy strategies.

Alistair is a widely published author and presents regularly on the topics of IoT, software development, technical strategy and heritage.

Gus Thomas joined Safehinge Primera in 2016 after graduating from Glasgow School of Art and Glasgow University with a degree in Product Design Engineering. Focusing on the Mental Health market, Gus has been key to the company’s product development as the lead engineer on the new full-door ligature alarm — a significant part of the company’s Target Zero approach to help eliminate suicide on doors.

Winning the DIMNH Product Innovation of the Year title at this year’s awards — the third time Safehinge Primera has received the accolade —DIMHN judges commented that the door alarm “will undoubtedly improve service user safety”.

Director and co-founder, Martin Izod studied Product Design Engineering at Glasgow School of Art and Glasgow University.  Graduating with a Master’s Degree in 2006, he co-founded Safehinge Primera and leads the business on product development and supply chain.

He has grown the business to a market-leader, generating £6m revenue and employing over 30 people.  Martin was key to the acquisition of Primera in 2016 — bringing together two market leading businesses. Now Safehinge Primera, the company has accelerated its growth in the Mental Health market with the goal of matching the 80% market share, already achieved in the Education sector.