How sensors are making seismic shifts in healthcare 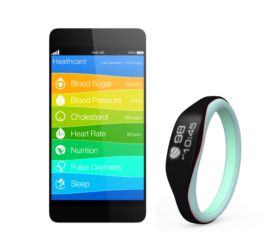 Jonathan Meddes, Director at Deloitte considers how IoT applications could have a revolutionary impact on how we live and how medical care is provided.

If you ever think the movies are far-fetched, perhaps it’s time to think again. The emergence of the ‘Internet of Things’ (IoT) has strong parallels with the technologies you might see at the cinema. Look at the latest James Bond movie that shows off the ultimate wearable!  If you haven’t seen it, I won’t spoil the surprise…

With ubiquitous connectivity, measurement and observation by inanimate objects, it’s a development with huge potential and, quite frankly, scary possibilities. By some accounts, there are 1.5 trillion objects in the world, 11 billion of which have sensors but aren’t connected to anything.

That’s a lot of devices generating potentially huge amounts of data. Some of these will be connected; others shouldn’t. In either case, we should have confidence that our data is used in the right way to realise the right outcomes. The litmus test will be whether or not individuals or wider society see the benefits. 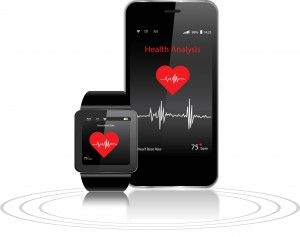 Nowhere is that clearer than in the NHS. In our Tech Trends report from earlier this year, we talk about how technologies, like the IoT, have the ability to empower individuals and organisations. This gives patients the opportunity to inform how they live and medical professionals the ability to provide enhanced care.

Its application could be revolutionary on both fronts. Wearable technology is just one great example of how Connected Health is transforming health and social care. Through a variety of intelligent means, we’re being sensed by objects that are ever closer to our bodies. Although they aren’t medical grade, these devices are producing spades of data about us.

On one side, this can give the individual greater awareness. They can see, relatively easily, how well they are and look at taking preventative measures if anything appears to be going wrong. After all, if we really knew more about the implications of our actions we might start to change the things we do…

On the other, there are significant benefits for care professionals. Personal devices can provide additional data points which will only become increasingly accurate and all-encompassing. But that relies on a certain amount of trust: trust that this data is being used by organisations for the right purposes. 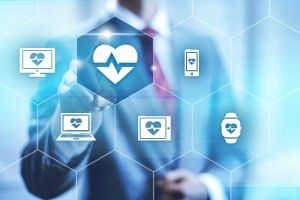 The good news for the NHS is that they are among the most trusted type of organisation. Analysis from Deloitte suggested that 60% of the population said they least mind the NHS having access to their personal information. That’s a great starting point for the NHS to start putting some of this technology into action.

A greater focus on wellness and a shift from cure to prevention could have significant benefits. With the NHS in Scotland, as in the rest of the UK, under increasing pressure, its adoption could close the gap between what we need to spend and what we have to spend.

Sensors can be the catalyst to create a seismic shift in our healthcare system. It’s time to harness those possibilities, for patients and professionals.

Libelium
View ALL Views
Next View