CENSIS has added two of Scotland’s most prominent technology industry experts to its board, with the appointments of Craig Samuel and Sharon Moore. Both have a wealth of experience in technological innovation across a variety of sectors. They join our 10-strong board, which already includes representatives from organisations such SELEX ES and Innovate UK. 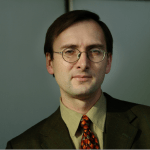 Originally born in Scotland and an active GlobalScot, Craig is currently head of business development and alliances at California-based Wearality Corporation, a virtual and augmented reality company. He is also a senior partner at Turnstone Capital LLC, an investment management firm centered in Westport, Connecticut, and founder of Dalradia LLC, acting as a consultant to private and public companies.

In a distinguished career, Craig has co-founded or been a principal at six start-ups in the UK and US, working in areas including cloud and virtual computing, eLearning and compliance, and advanced wireless communications. He has previously held senior executive roles at several multinational corporations including Compaq, HP, Unisys and BP, and was president of the Institute for Innovation. 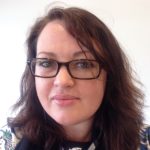 Sharon is among Scotland’s top women in technology and IBM’s technical leader for Travel and Transportation in the UK and Ireland. She also leads BCS Women in Scotland, a networking group for women working in IT, and sits on the steering committee for Digital Leaders Scotland.

Bob Downes, Chairman of CENSIS, said: “Craig and Sharon are at the forefront of their industries, changing the way technology and people work. Both of them bring a unique set of expertise and experiences to the table and have vast knowledge of sectors fertile for innovation in sensor and imaging systems. We’re thrilled to have them on board and look forward to their invaluable contributions.”

Craig commented: “It’s an exciting time to be involved with the sensor and imaging systems industry – Scotland has a well-established reputation as a world leader in these fields. There are a number of pioneering Scottish companies bringing innovative new products to market and CENSIS has an important role to play in galvanizing that process to the benefit of the wider economy.”

Sharon added: “Sensor systems are at the heart of helping organisations empower their people to drive productivity and profitability. The technology is undergoing rapid and exciting changes, with many Scottish companies leading the way. I look forward to helping these businesses harness that potential and continue to drive groundbreaking innovation.”

Scottish SMEs to get IoT Boost at new tech challenge