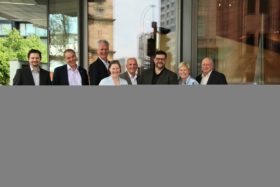 Ian Reid, Chief Executive of CENSIS talks about the state of innovation in Scotland after a debate with TEDx Glasgow 2016 delegates.

It is well-known that Scotland has a proud heritage of innovation: famous Scottish names and inventions, from Alexander Fleming and penicillin to Sir Robert Watson­Watt and radar, have profoundly shaped the world we live in today.

Perhaps less well-known is that innovation and entrepreneurship still thrive here – it is a very real prospect that our current set of creations will come to influence lives just as much as, or even more than, those that have come before.

But, nothing can be taken for granted. As the saying goes “past performance is not necessarily an indication of future success”. Measures still need to be taken to ensure our future is as rich in innovation as our past.

Maximising Scotland’s chances of future success was one of the key reasons behind the Scottish Government’s decision to establish eight Innovation Centres; designed to forge new collaborations between businesses and our world-renowned research community.

At TEDxGlasgow 2016, the CEOs of each asked an audience of academics, entrepreneurs, public agencies and technologists to share their views on how we can guarantee a future characterised by progress and identified with innovation – and the results were illuminating. 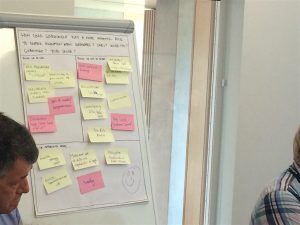 In the first, many people highlighted the need for government support in the form of infrastructure, building a platform on which innovation can flourish. Ultra-fast broadband was just one example, while removing some of the risks of entrepreneurship, through legislative change, was another.

Similarly, it was suggested that larger companies can foster cultures of intrapreneurship, whereby employees are given time to work on new businesses and products within their corporation. Forward-thinking organisations, such as Google, have already put in place schemes like these and are reaping the rewards.

Likewise, solid case studies of innovation need to be highlighted and explored for potential application to other sectors. In many cases, businesses don’t understand how to move towards more innovative cultures and we need to make it clearer the ways in which this can be achieved.

Developing and disseminating these examples will improve our understanding and knowledge of innovation, and, in that spirit, education was identified as being another key driver of future prosperity. Emphasis needs to be placed on encouraging the art of learning, through multi-disciplinary activities, not just studying the facts; after all, information has a shelf-life and it is getting shorter by the day.

From quality education comes good careers, which need to evolve with the times – today’s career paths are continually developing and the pace of change will continue to accelerate. It’s often said, but bears repeating: people do not stay in one job throughout their working lives and increasingly re-enter schooling later in life. The education system needs to reflect this and adapt to this new reality: it’s not just a case of making it possible, it’s about making it easy. 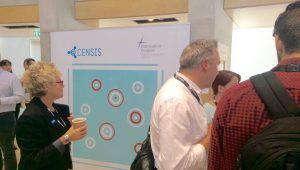 Inspiring young people, whether through formal education or other means like social media, is one of the central instigators of attitudinal change – we should be nurturing their natural curiosity in any way we can, dispelling popular myths about being a ‘geek’ or being different. If rigid conformity is the enemy of innovation and progress, many people questioned whether Scotland was in some way lacking confidence, was too risk averse or just too self-effacing to tell the world what’s going on here and what we are achieving.

For Scotland to succeed in an increasingly competitive global economy, innovation will be crucial. We need to foster a culture that breeds it. Some of the ways that this can be achieved have been identified and it’s now up to us to put them in place. But for it to be done properly requires us to have a conversation, as a nation, about what we can do to hand the baton of invention on to the next generation.