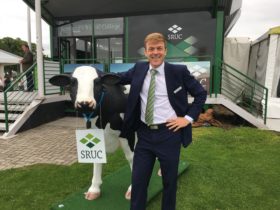 A great deal of attention has been paid to the next industrial revolution – yet, comparatively little has been given to the transformation brewing in agriculture. The Internet of Things (IoT) is going to fundamentally alter the way farming works – and Scotland could be the place where it truly kicks off.

Work is already underway. CENSIS, along with industry partners, is trialling the deployment of long range, low power, wide-area IoT infrastructure at rural sites in Crianlarich and Orkney. These LoRaWAN™ networks provide greater range at lower power and cost than existing network technologies. This means connectivity for IoT sensors can be brought to areas of Scotland that, currently, can only dream of a 3G or Wi-Fi signal. 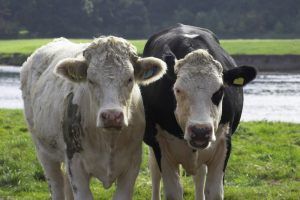 The temptation might be to think it’s a direct replacement for broadband, or that it can be used to transfer large amounts of information – but, that’s not what it’s about. Instead, LoRaWAN™ carries lots of small bits of data that, combined, create a picture of what is happening on a farm. That data can then be used to identify early signs of disease, deliver operational efficiencies, and reduce costs.

Dairy farmers are already seeing the benefits of the IoT for increasing milk yield and identifying illness. Many are using smart leg tags or neck collars to monitor animals, with information fed back to them on their phones. There are plenty of other examples.

The introduction of LoRaWAN™ will widen the opportunity to other areas. This new technology is going to remove range restrictions and enable battery or solar power for sensors, which will enhance farmers’ ability to manage disease, pathogens, and soil fertility. They’ll be able to identify these kinds of problems earlier and more effectively, and then take action to prevent significant damage to their livestock or crops.

CENSIS is taking a national lead in delivering access to these technologies, supporting the Scottish Government’s commitment to the development of a national LoRaWAN™. It’s also assisting other strategies, such as the call for a specific UK Animal and Plant Health IoT, which embeds a web of flexibly interconnected sensors and data nodes. 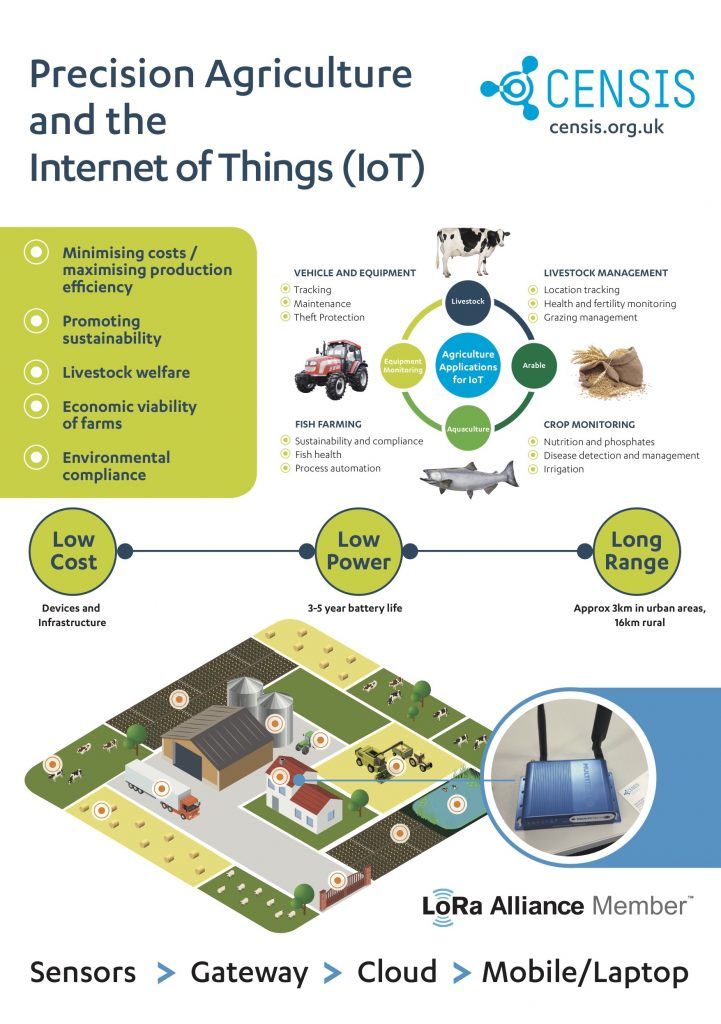 Looking at the wider impact of Industry 4.0, we also believe it’s a great opportunity for farmers to streamline their businesses. Tagging equipment will help farmers not only keep track of expensive machinery, but analyse its condition and patterns of use. Other systems can provide better visibility of how much fuel oil, chemicals and fertilisers are on-site. Meanwhile, sensors in barns could also be used to protect grain or animal feed by providing alerts to damp, mould or excessive temperature changes.

Scotland is leading the way in these technologies – many of them were on display at the 2017 European Conference on Precision Agriculture (ECPA) in Edinburgh. Hoofprint Technologies, Stream Technologies, and a host of others are just some of the companies pointing the way forward for farming’s future. At the conference, they live monitored soil conditions, people’s movements and CO2 levels, among a range of data.

This is no passing fad: the IoT is the biggest change in agriculture for decades. There are clear challenges facing farmers across Scotland. But for every problem, we’re developing new and more sophisticated ways of overcoming them – LoRa™ has gone some way towards shifting that dial. It’s time for farming to embrace the change and connect with the technology being pioneered on its doorstep.

GDPR: what is it and what do you need to know?