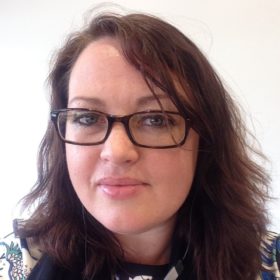 Sharon Moore, CENSIS Board member and Technical Leader for Travel and Transportation at IBM, has been named Inspirational Woman in Leadership at the inaugural Scottish Women in Technology (SWiT) Awards, held in Glasgow on 26 October 2017.

Sharon has long been a passionate advocate for supporting equal access to opportunities for men and women in the IT industry. In 2013, she took on leadership of IBM’s activity with SWiT, an organisation with a goal to attract, inspire, empower and retain women in the technology industry by developing a network to help grow their contribution in the IT business.

In addition, Sharon has been the Scotland Lead for BCSWomen (British Computer Society) since 2012, and Deputy Chair since 2016, providing support for women at all stages of their technology careers. She joined the Board of CENSIS in 2015.

Sharon has been widely recognised by her peer group as a leading light in the Scottish technology sector: