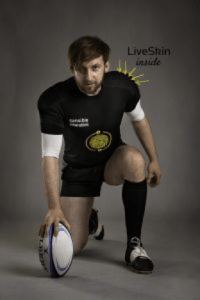 One of the five winning companies of the first IoTUK Boost programme supported by CENSIS in spring 2016, has secured funding from an Edinburgh-based accelerator.

Sansible Wearables, headed up by Jack Ng, helps players of contact sports such as rugby and American football perform better on the pitch.

Seed Haus, a pre-seed tech accelerator based in Edinburgh, is a not for profit organisation founded by Calum Forsyth, CEO, and Robin Knox, chairman. Investors include businessman and entrepreneur Sir Tom Hunter and games guru Chris van Der Kuyl.

More than 165 startups applied to Seed Haus, and five were selected for support; one of which was Sansible Wearables. The successful companies receive £18,000 and office space in Edinburgh, plus feedback and advice from companies such as Amazon AWS and Google Cloud Platform.