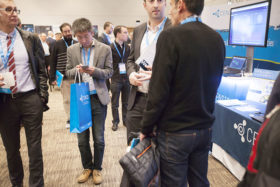 Matt Costin of MathWorks exhibited at our Tech Summit and Conference in the Glasgow Royal Concert Hall on 2 November 2017 and describes how MathWorks carried out a demonstration to measure movement and noise levels in the room.

The demonstration
Movement and Noise level measurements were analysed on the cloud.  The result provided a measure of the occupancy of the room and also the activity at the MathWorks stand. 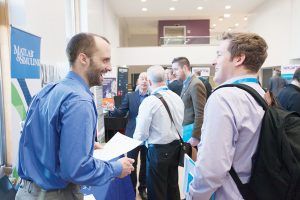 The set up
The set up was to show case the workflow from algorithm development, through prototyping to implementation of sensing and processing on edge nodes, with analysis on the cloud. In both cases, an algorithm to capture, pre-process data and send it to the ThingSpeak cloud based platform was written and tested in Simulink before generating C code to deploy to a Raspberry Pi.

The audio sensor was an BlueCoin from ST Microelectronics, (who were also exhibiting at the CENSIS Tech Summit), whilst for movement we measured optical flow from the onboard Raspberry Pi camera. On ThingSpeak, data was retimed and changes detected using MATLAB code hosted on the cloud based platform. 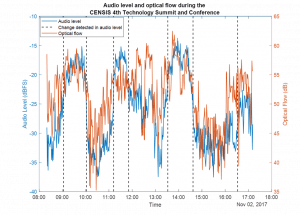 Results show a good correlation between the audio level and optical flow. 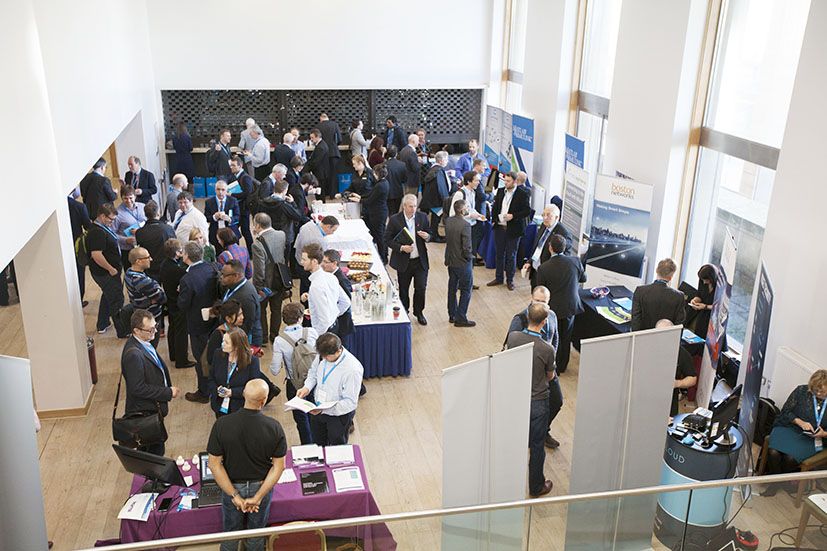 O&G primed for next industrial revolution