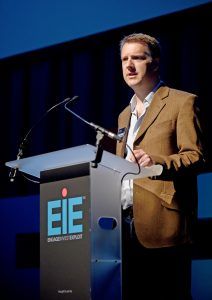 A smart asset management company, iOpt Assets has been detecting temperature, humidity, and carbon dioxide levels at 50 social homes around Paisley over the course of the of the project. All of the residents at the properties being monitored have opted into the project.

Capturing data in near real time allows the Council to identify anomalies in housing and take action to protect tenants and its property assets. Consistently high humidity and low temperatures, for example, could indicate a tenant is living in fuel poverty; while high carbon dioxide levels suggest there might be a problem with ventilation and air quality.

The data from the sensors installed in the homes is currently transferred over WiFi, but will move onto Renfrewshire’s LoRa™ network, deployed in 2017  by a consortium of organisations, including CENSIS.

So far, the project has helped Renfrewshire Council to spot a number of potential issues at its properties, including homes that have impending damp, tenants who needed help with their heating system, and several occupants living in fuel poverty.