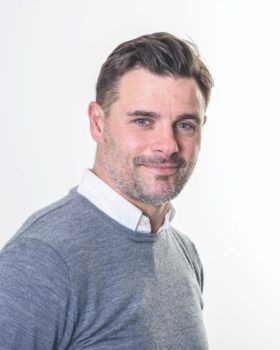 The implementation of Industry 4.0

“Industry 4.0 isn’t going to be a sudden change – it’s gradual and it’s happening now. The ultimate step will be the complete evolution of the supply chain, from the subcontractor to the end users. Everyone will need to get involved.” Andy Minturn

We’ve been hearing the phrase ‘Industry 4.0’ for a while now, and it has been hailed as the next industrial ‘revolution’ of the 21st Century. There is a general understanding that Industry 4.0 means the ‘digitalisation’ of a business’s infrastructure, but there has yet to be any consistent standards or definitions applied to what remains an arguably vague concept for businesses worldwide. You could be forgiven for dismissing Industry 4.0 as a confusing mess of technological jargon yet for all noise, it’s becoming clear is that Industry 4.0 will fundamentally define how a country such as the UK does business.

Business Development and Strategic Product Manager at Bosch Rexroth, Andy will walk us through the Industry 4.0 and the ‘factory of the future’, discussing scaleability – and how companies of all sizes can become involved – along the way.

Andy Minturn supports the implementation of Industry 4.0 for businesses across the UK. Now established as one of the key experts on the subject, Andy has given a number of talks at leading industry events demonstrating the benefits and best practice of creating an Industry 4.0-enabled facility.

Andy’s career in engineering spans over 25 years, during which time he has worked across industries such as aerospace, general automation, food & packaging and medical. He began working as an engineering toolmaker for BMW Manufacturing, formerly known as The Rover Group, in 1991, where he was responsible for the manufacture of car body presses and tooling.

Andy remained at this company for ten years before going on to study for his ONC and HNC qualifications. He subsequently joined Bosch Rexroth as a Technical Support Engineer in 2002. While working at Bosch Rexroth, Andrew continued his formal education in engineering, graduating from the University of Bath with a First-Class degree in Engineering Systems in 2010.

He went on to specialise in assembly technology and system sales, before moving on to his current role of Business Development and Strategic Product Manager in 2016.