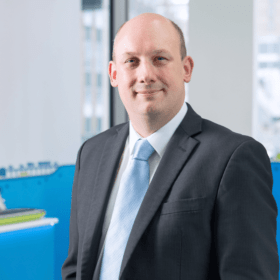 Cybersecurity is the key to unlocking demand in the Internet of Things (IoT), according to recent research from consultants Bain & Co. If manufacturers could improve security on IoT devices, businesses would not only buy more IoT devices, they’d pay 22% more for them.

As a result of these premiums and higher sales, the IoT cybersecurity market, worth around $9 bn, could grow to $11 bn.

That’s quite a carrot. And if device manufacturers are in any doubt about the importance of IoT cybersecurity, they’re also going to have some sticks to grapple with.

For example, California has grabbed tech headlines recently, passing an IoT cybersecurity law that from 2020 will require manufacturers to design-in ‘reasonable’ security features to protect personal information relating to the user . And here in the UK, the Department of Culture, Media and Sport (DCMS) launched its Secure by Design report earlier this year, and has a draft Code of Practice for manufacturers of consumer IoT devices. 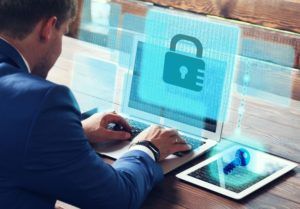 The California and UK initiatives are welcome, not least because they raise the profile of IoT cybersecurity, but they highlight key problems around this area.

This is where CENSIS – never shy of taking on the big IoT issues – can help. Given our focus on IoT solutions, from helping to roll out IoT connectivity across Scotland to supporting SMEs to develop IoT products and services, IoT cyber security is now a core area of activity for us.

Recent activity has included meeting with the first IoT Security Foundation Working Group for Smart Buildings and contributing to the Cyber Resilience Economic Opportunity Action Plan by working with the Scottish Government, enterprise agencies and other innovation centres to ensure adequate cyber security is embedded in any publically funded innovation projects.

We’ve also got IoT cybersecurity projects on the go and in development, which will create revenue and growth opportunities for businesses and could help put Scotland at the forefront of IoT cybersecurity.

A key CENSIS-supported project already up and running is an IoT cybersecurity project involving Edinburgh Napier University and Keysight Technologies. The project partners are using data analytics to identify ‘side channel’ vulnerabilities in IoT devices –electromagnetic, power and acoustic signals that hackers can use to crack encryption codes.

With the data they gather, they aim to develop a test framework that manufacturers and designers can use to implement security by design – rigorously testing their devices at every point from concept through to production prototypes. There’s also the possibility to develop a formal industry framework for testing the security IoT devices.

To quote Doug Carson of Keysight, who’s been working on the project with CENSIS and Edinburgh Napier University, “Every device connected to our critical infrastructure is a potential way in for hackers, so it’s essential we help every supplier to test their devices against rigorous standards before they are ever put into the field.”

As governments and businesses are both aware, we’ve a way to go on improving IoT cyber resilience. But CENSIS support for projects such as the Keysight-Edinburgh Napier project could contribute not just technical knowledge on security by design but cultural change too. The combination could be truly transformational in unlocking the potential of IoT, and CENSIS is delighted to be involved.

Want to be at the heart of Glasgow’s IoT ecosystem?