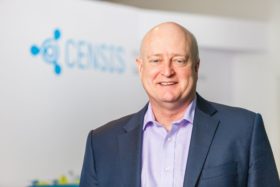 A lot has changed in the last five years in Scotland. Although I’d worked north of the border before during the Silicon Glen era, when I returned to become the chief executive of CENSIS in 2014 it was a very different place. Gone were many of the large businesses that characterised my previous stint – the technology and business landscape was, and still is, dominated by SMEs.

What hadn’t changed were many of the economic challenges Scotland faced. Encouragingly, these seemed better understood than in other parts of the UK, with the public sector playing a proactive role, anticipating some of the recent changes south of the border. But, it was clear from the outset that the government and its agencies had carefully considered how they might positively and productively address these obstacles.

A new take on an old concept

That process led to an active innovation agenda and the creation of the Innovation Centre programme: eight organisations established between 2013 and 2014 focused on aligning the research produced by universities with industry challenges for economic and wider societal benefits. But, bringing the academic and business worlds together was already a well-travelled road – was this yet another attempt at it?

I was pleasantly surprised to discover it was a new take on the old concept. The programme would be industry-led; work across the research base; and, perhaps most importantly, it would look at wider problems rather than exclusively company-specific issues. Relationships with other actors in the innovation space were actively encouraged and the Innovation Centres had very clear economic targets. Mechanisms were in place to ensure that they did not displace existing industrial activity. They were similar, yet subtly different, to the Catapults and designed specifically for the Scottish landscape.

A ‘can do’ attitude in Scotland

The second surprise was the attitude of the Scottish business community. Far from incredulity at the prospect of some new gizmos, companies were excited to give new technologies and ideas a try – a fact now reflected in the buy-in the Innovation Centres have from large swathes of Scotland’s SMEs and corporates. The universities, which make the research strength of Scotland so enviable, also recognised that the Innovation Centres brought something beyond their traditional knowledge exchange activities: a pan-university collaborative approach and a route to high impact multidisciplinary industrial projects.

The fundamentals were there for something exciting; but, of course, there are always barriers – not least making everyone aware that the Innovation Centres even existed. Then there’s the constantly-evolving capabilities, use and adoption of technology. So, while CENSIS’s initial remit was sensor and imaging systems, that quickly expanded into the Internet of Things (IoT) which was a ready-made model for connecting these up. Gathering reliable, high quality data, in a cost effective and efficient manner underpins the digitalisation of industrial activities, key to advanced manufacturing, digital supply chains and future productivity improvements.

How the FAANGs have changed the landscape

The landscape has changed in other ways too. Earlier waves of technology inspired innovation came with a certain fear factor for some of the established players. Technology was the preserve of those who developed it, sometimes disparagingly referred to as ‘geeks’ – few cared much about markets, economic fundamentals, and the minutiae of business. This did lead to the growth of the tech giants – the so-called ‘FAANGs’ – and radically new business models such as Airbnb and Uber. But for every success story, another thousand ideas ended up in the bin.

The new IoT technologies are far more user friendly, allowing traditional businesses to experiment and adopt them in the development of new products and services. This potentially puts the power back in the hands of those with the market knowledge and established customer relationships. To make this work we need to help companies with identified market needs access the technologies to make their ideas a reality, helping them mature and de-risk solutions: bridging the so-called ‘valley of death’.

This is what Innovation Centres do. The hundreds of R&D projects brokered by the Innovation Centres with academic and public assistance over the past few years are testament to that fact. Nevertheless, there is a recognition that more could and should be done to help bring technologies developed in Scotland to market.

While many organisations are singing from the same hymn sheet and there are good levels of funding, the innovation ecosystem can be tricky to navigate, especially for SMEs. One area of focus should be to make the end-to-end innovation journey as easy as possible for industry, with each innovation actor fitting into its respective niche with a joined-up approach to help smooth the way through the various handover points. This has been recognised as a priority in Scotland and much work has also gone in to ensuring that funding is available at various critical points in that journey.

What’s next for the Scottish tech sector?

What’s the next big thing in technology? The big future opportunities for Scotland could centre around the practical application of artificial intelligence to real-life situations – a trend which will only accelerate in the next few years. To tackle the really big ideas which will change the economy, and even the world, we need to look beyond the Innovation Centres’ five-year funding horizon. As Professor Graham Reid’s Review of the programme recommended, the Innovation Centres need to be firmly embedded in the Scottish innovation ecosystem long term and have the commensurate funding horizon.

Scotland has huge potential as a hotbed of technological development. But, if I’ve learned anything over these past five years, it’s that encouraging businesses to adopt new technology isn’t just about describing it – they need to see it, understand it and experiment with it in a safe environment. Scotland is in the vanguard of such activities and it has been a privilege to be part of it in however small a way.