How IoT will make our roads smarter and safer

Home > News, views & events > How IoT will make our roads smarter and safer 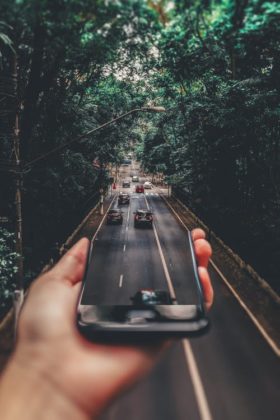 It is no secret that technology is making the world a better, safer place. As we’ve discussed before on Censis, Internet of Things (IoT) technology will soon “change how businesses, societies, and individuals work.” This is particularly true in how it will change cities and the environment around us. For instance, we looked at how buildings will soon be able to become more energy efficient through increased energy control. Another area that is greatly benefitting from the IoT is our roads, which will become much safer as a direct result.

Smart motorways equipped with IoT technology, for example, can be used to detect potholes in the road and relay this information back to the right authorities. Although potholes can cause damage to cars and lorries, for motorcyclists they can lead to serious accidents. It’s no wonder then that IoT Tech News also reports that the government is investing in other initiatives to make the roads safer. This includes installing fibre optic cables below major roads so that in the near future information regarding accidents, traffic density, and re-routing options will be transmitted to a drivers’ vehicle dashboard. Not only will these serve to make driving safer, it will make journeys much quicker as well.

Local governments within the UK are already starting to take note and even coming up with their own initiatives using the IoT. Cardiff City Council has launched an app that enables drivers to find free parking spaces in the city. Here, IoT technology has been used to detect whether a car is parked in one of the city’s paid or for-disabled parking spaces, and this data forms the basis for the Park Cardiff app. This has helped reduce congestion in the city, lessening the number of people driving aimlessly around looking for a space, and decreased the chances of an accident happening due to distracted driving.

Perhaps the greatest benefit that the IoT provides, however, is how it improves driver safety. ‘Tech that detects drivers using mobile phones rolled out in the UK’ by journalist James Allen explains how systems deployed in traffic-heavy locations use a sensor to detect whether someone is on the phone. It then connects to a nearby road sign prompting them to put the phone down. Using a mobile phone while driving increases the likelihood of a crash by up to four times, and the possible number of lives saved by similar innovations is a clear indication of how the IoT is making roads safer.

Using technology to prevent bad driving habits has already been proven to be effective in commercial fleet vehicles. Verizon Connect’s article on fleet safety discusses how GPS trackers automatically alert drivers when they make an infringement. This can range from speeding to harsh braking, allowing the driver to immediately correct their unsafe driving. It also provides a digital record for the fleet companies so that they can track their drivers and make any necessary changes. As the technology progresses this will eventually lead to fully automated vehicles on the road.

Of course, many of these technologies still need perfecting. The aforementioned mobile sensor, for example, isn’t able to tell whether the person on the phone is the driver or a passenger. However, as the technology evolves the more it will increase road safety by removing human error. In terms of protecting drivers and other road users, the IoT is a big step forward and will only continue to provide viable solutions to help make our roads safer in the years to come.