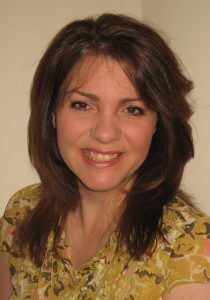 Register to join us

We are delighted to announce that our Chair for the 6th CENSIS Technology Summit will be Dr Heather Reid OBE.

Heather Reid is a physicist and meteorologist who spent 15 years as BBC Scotland’s chief weather forecaster and presenter; known affectionately to viewers as ‘Heather the Weather’.

Now an education consultant focusing on science engagement, Heather specialises in promoting climate change as a context for interdisciplinary learning. Her work in promoting science to young people and the public has led to several awards including the prestigious Kelvin Medal from the Institute of Physics plus honorary doctorates from the University of the West of Scotland and the University of Glasgow. In 2006, Heather was awarded the OBE in the New Year Honours list for services to physics.

Heather continues to inspire audiences with her passion for science. She holds an honorary lectureship from the University of Glasgow’s School of Physics and Astronomy; is a Trustee and Non-Executive Director of the Glasgow Science Centre, and a member of the Scottish Government’s Science and Engineering Education Advisory Group.

Heather lives in Glasgow with her husband and their daughter. In their free time they are often found at the 7Stanes mountain biking centres testing Newton’s Law’s of Motion on various routes!