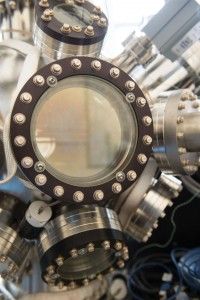 Press coverage of this story on 6 and 7 August 2019 includes:

CST Global is targeting expansion in the Far East following the development of a new range of telecommunications laser products, which could see the business tap into China’s burgeoning demand for cable television.

The foundry service and manufacturer, which employs 66 staff, has developed a new high quality, cost-effective communications wavelength laser that enables the transfer of large amounts of data through optical fibres.

The new products were developed as part of a pioneering collaborative Mirage R&D project which began in Scotland four years ago, supported by CENSIS and Scottish Enterprise.

CST Global took part alongside manufacturers Gas Sensing Solutions, Cascade Technologies, Amethyst Research and the University of Glasgow. The Mirage project was the first of its kind in Scotland, with businesses working together on the production of materials integral to manufacturing a variety of goods that use sensors. These range from asthma inhalers to infrared cameras.

Among its applications, CST’s new technology can be used to bring cable television directly to households through fibre to the home (FTH) connectivity. Demand for this type of product is rapidly growing in China, where the number of pay TV subscribers is expected to rise to 353 million by 2022 according to a recent report from the Asia Video Industry Association (AVIA).

CST Global, which derives more than 90% of its revenues from exports and has a sales presence in China, said it would also be targeting the data centres and autonomous vehicles markets, as the company moved into the next stage of its development.

Thomas Slight, Research Engineer at CST Global, said: “China is a huge market for communications products. The number of new commercial and residential buildings requiring direct fibre connections for internet and television creates an opportunity for manufacturers like us.

“The challenge has always been that to compete in these markets requires manufacturing in high volumes at a price point which can be difficult to match. We’ve managed to achieve both as a result of this development programme, opening up a range of new markets, from data centres to autonomous vehicles – all massive growth areas.”

“The collaborative R&D project with CENSIS, Scottish Enterprise and our other partners gave us access to the expertise and materials required to develop the product at a competitive cost and high yield. It also meant we could develop it so that it is future proofed – it will not only match current standards, but will meet future ones too, as well as inform our ongoing product development.”

Paul Winstanley, CENSIS CEO added: “CST Global’s experience underlines what can be achieved through collaborative R&D. The company now has a new product which will open up new markets and help it compete on the global stages. The purpose of this project was for Scottish SMEs to work together on the development of cutting-edge technology which will give them access to new markets they wouldn’t be able to take advantage of on their own.

“We have the potential to be at the forefront of the global sensors and imaging systems sector, and this project is making that a reality. Collaboration between industry and academia can put both of these groups at the forefront of worldwide trends and ultimately create a globally competitive supply chain of businesses in Scotland.”