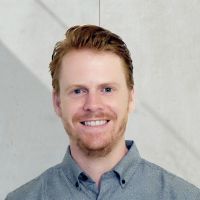 Alan Rae of LoRaWAN operator and service provider LORIOT returned to the UK in November to attend the 6th CENSIS Tech Summit, and later shared his thoughts on the day.

The summit is an annual exhibition, discussion and debate to explore the latest developments in sensing, imaging and the Internet of Things, and is one of our favourite events of the year.

Not only is it a great opportunity to visit Glasgow and meet our partners to catch up on projects we are supporting through CENSIS such as the Mary Hill pilot, but it acts as a litmus paper for a reading on the current state of the Scottish and wider UK Internet of Things sector.

The results are good, and no surprise to us as we have experienced steady growth in the UK over the last 12 months with several new private server deployments. Our partners who exhibited at the event noted a clear increase in the appetite for mature LoRaWAN based solutions and since the previous CENSIS event, the scaling up of pilots plus an increase in available solutions across all verticals is pulling in new enquires.

However, there is still plenty of work to be done in the ecosystem and an enlightening consensus (once appreciated) that interoperability between people and companies, not just systems, is crucial to the effectiveness of delivering successful IoT projects.

According to the recent Microsoft IoT Signals report

“Just 73% of UK firms have adopted IoT, which is made up of internet-connected devices that create a vast amount of data about their surroundings by “talking” to each other. This is compared with 88% in Germany and China, 87% in France and the US, and 83% in Japan.”

One outcome also mentioned in the report that may help explain the United Kingdom’s lower adoption rate of the technology is “A third of IoT projects fail while in the trial stages”, plus a skills shortage and complexity, act as a barrier. This is why we believe innovation centres like CENSIS and their in-house expertise to support the industry is crucial to the wider credibility and adoption of IoT technology.

Of course, we like to end on a positive note and as stated in the report, 88% of business managers and developers at some of Europe’s largest firms believe IoT is critical to their companies success. This is especially good news to companies who exhibited at the CENSIS event like Beringar who have a ready to go solution that can enable a firm to unlock its buildings potential and create truly smart spaces.

Another company that can help deliver successful results is iOpt Assets whose solution supports building managers in the public and private sector, and as stated by iOpt Assets director, Dane Ralston, “The data we provide to our customers influences the way they procure systems and materials, how they design their properties for the future and how they deal with their tenants as well as saving them significant amounts of capital that can be deployed elsewhere.”

These are two examples of companies who have turnkey solutions that can provide a genuine return on investment using IoT technology.

With that, we look forward to attending the 7th CENSIS Tech summit in 2020 and once again visiting sunny Glasgow, which is a pioneer in the UK for IoT activity. If you have the chance we highly recommend attending, and we will see you there.