The importance of workforce diversity to Scotland’s economy 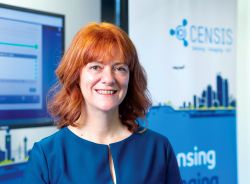 For International Women’s Day, Jacqueline Redmond, CENSIS Chair, reflects on gender diversity and the importance of workforce diversity in the tech sector

The technology sector in Scotland is exciting, dynamic and high-profile, and women are central to much of the good work that goes on.

A number of the most senior figures in tech are women, from leaders in big corporates to Chief Executives of our sister Innovation Centres, and the diversity of talent across tech as a whole is hugely promising. In a wider sense, the increasing number of women in positions of power politically and in the media has also had a positive effect in encouraging women to aim for the top.

As an industry, the technology sector has managed to sustain long-term careers that continue to attract and retain women, perhaps where others have not. The variety of opportunities in both public and private sector organisations has contributed to this. The reality is that every company, big or small, requires tech specialists of some description – that was not the case 20 or 30 years ago.

Over the course of my career, societal changes have driven much of the progress for women in the workplace that we now take for granted. Work culture is, generally, more open to flexible working, and a more welcoming environment for those with caring responsibilities – whether that be looking after children or elderly parents.

All of this means our industry (and others) is a more appealing place to women who may previously have been put off by the stereotypes associated with STEM-based careers.

A culture of support

Scotland is a welcoming country and this extends to its workplaces. When I started out in the sector, I found my colleagues, the majority of whom were male, to be supportive. The problem doesn’t lie in the culture within tech at the moment, but rather in communicating the opportunities tech holds in a way which attracts more women to apply.

As we move forward, some of the things we have been saying for years ring true – namely that girls and women should seek to find careers in the areas that interest them. As the technology industry becomes increasingly important to the Scottish economy, it is incumbent on us all to encourage a diverse range of people into organisations that are changing the world.

It has always been the case that we need to recruit the right person for the job and, while tech has been good at ensuring a level playing field, we still have a way to go.

Construction companies should set their sights on imaging