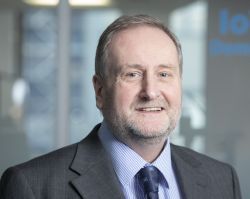 CENSIS Technical Director Graham Kerr considers the outcomes from the Theranos trial in the US, and the lessons that can be learned for technology start-ups – wherever they may be based.

An edited version of this piece was published in Digit, 9 February 2022

Earlier this month, Elizabeth Holmes, founder and CEO of Theranos, a developer and manufacturer of blood testing machines, was convicted of defrauding investors after a major landmark trial in the USA. Central to the trial was the theme of making false claims about technology products that have been have developed or are under development. While the full implications of this ruling have still to be determined, what lessons can we draw from this as guidance for technology start-ups?

Using the public as your Beta Tester

‘Fake it ‘til you make it’ is phrase often heard in technology product development. Indeed, Silicon Valley has a history of using consumers as ‘beta testers’, releasing products that are buggy and far from being ‘bullet-proof’. Entrepreneurs often quote Reid Hoffman, the founder of LinkedIn, who said “If you are not embarrassed by the first version of your product, you’ve launched too late”. Buyers of the latest games consoles will know that software updates are frequent in the days and months after release as bugs are reported and fixed by the manufacturers.

While it is true that over-development and potentially over-engineering can lead to missing the competitive opportunity, consideration of the application and market can be key. There is a world of difference in releasing a consumer electronics product that turns out to be annoyingly buggy, but has low critical impact, and a healthcare product, which in the case of Theranos, could deliver incorrect damaging diagnostics, such as signalling whether you are HIV positive or negative.

Understand the market you are trying to disrupt

Of course, many disruptors come from outside the mainstream but it pays to understand the intricacies of the market you are looking to replace. When Elizabeth Holmes started Theranos she did so without a strong background in medical diagnostics. Experts working in the field could not understand how the fundamental principles to which they themselves were working could be circumvented so quickly by a new entrant. Running a large array of tests from a pin-prick of blood is challenging for several reasons. Due to physiology the composition of blood from venous sampling can be different from extracting blood and fluids from a finger pin-prick. Also, running diagnostic tests uses up blood as you test – most usually blood is mixed with chemicals to achieve a reaction and the results interpreted by a measuring instrument. Having only a pin-prick sample would suggest a very limited range of tests. And while ‘lab-on-chip’ technology is real and hugely promising, to achieve the aim of running large numbers and classes of tests in a single machine is a huge engineering challenge. Experts matter. Investors and developers should try to talk with as many as they can.

Not all patents are created equal

Investors in technology start-ups like patents. They like the validation they bring and they like the ‘protection’ that this gives to their investment. Start-ups looking for investment will often pursue patents as a strategy to entice investors. Theranos had over 700 patents. No doubt there will be many of these that are worthwhile, but many will not be. Figures vary but a general consensus is that 97% of patents fail to recoup the cost of filing. Over half expire before full term with many patent holders deciding that the value of the patent is worth less than the fees required to maintain it. Patent protection can last 20 years but for technology products the lifespan is often much shorter than this. For example, consumer products are often out of date after 18 months. So while patents can be valuable for both investor and start-up, other strategic considerations such as time-to-market, product quality and customer service are just as important.

Theranos had an agreement with Walgreens, a US pharmacy store giant, to offer tests at dozens of store locations. Unbeknown to Walgreens, due to the inaccuracy of the Theranos system, the testing involved the use traditional blood testing machines. As the immature Theranos machines were still under development and far from working as advertised, Elizabeth Holmes hid this from the client with a defence of trade secrecy. This did not stand up in a court of law.

Accurate communication is the backbone of your commercial relationships. Be honest with investors about Technology and Market Readiness Levels (TRL/MRL). Investors expect a certain amount of optimism and hyperbole but be careful when this deviates into untruth. Likewise, customers will expect your product to meet the specifications that you claim for it. Technical data sheets often show “best case” performance, which is fine as long as the performance conditions are also stated. For example, a data sheet may state the battery life of a product at 20 degrees centigrade. The life of the battery can be considerable shorter in colder conditions.

Prototype, test (repeat) and get out of the lab

Good product development is iterative. There is a well-known mantra in technology circles which goes ‘fail fast, fail cheap’. That is to say develop quickly, experiment, and find out early what doesn’t work. Concentrate on the new innovative parts of the product in proof of concept and alpha prototype phases. Use whatever materials you have to hand or what you can get hold of quickly. Equally important is testing. Test as much as you can as early as you can and get out of the lab as soon as it is feasible to do so. Only by testing in the intended environment will you find out if the design is really going to work. This will also unearth most of the ‘edge cases’ that so often lead to poor performance. Finally, if you wouldn’t buy it yourself, don’t launch it.