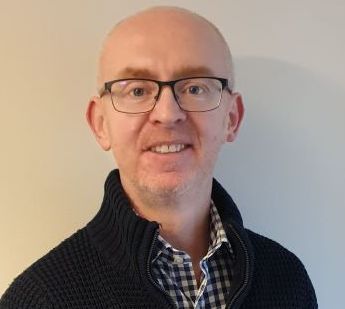 Ally joins CENSIS after running his own consultancy for more than a year. He was previously R&D director at LifeScan – subsequently Johnson & Johnson, following its acquisition of LifeScan – and held roles with Motorola and the Royal Air Force, over the course of a 32-year career.

Based in Forres, Ally will expand CENSIS’s presence in the North East and the Highlands and Islands, with a particular focus on supporting companies developing health and wellbeing technologies.  This includes working with companies based in Angus and Dundee.

Ally said: “There is a huge amount of activity in the health and wellness sector between the growing hubs in Dundee, Aberdeen, and Inverness – a whole host of companies are developing technologies that can make a significant difference to people’s lives. Being able to support start-ups and early stage companies through their journey was one of the main reasons I decided to take this role and I look forward to working with CENSIS’s broad set of partners in due course.”

Cade Wells, Acting Business Development Director at CENSIS, added: “Ally is well-known in the North of Scotland for his expertise in product development, design and manufacturing – he adds a great set of skills and experience to our existing team and a wealth of knowledge in the life sciences sector. He will also support wider strategic opportunities as health and wellbeing remain a key priority area at a national level.”

4 February 2022
View ALL News
Next Article