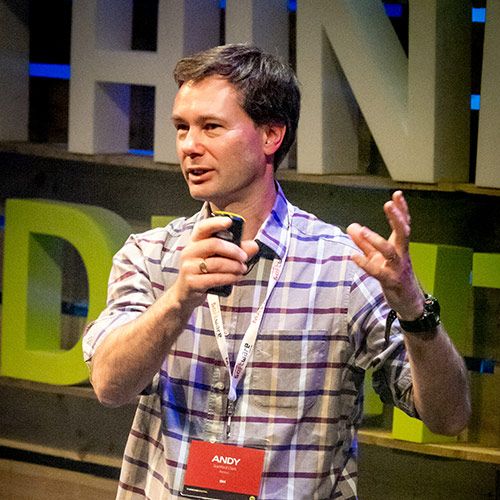 We are delighted to confirm that Andy Stanford-Clark, IBM’s Distinguished Engineer for the Internet of Things, Master Inventor, Quantum Technical Ambassador and all round IoT evangelist will be our keynote speaker at this year’s 7th CENSIS Technology Summit on 29 September at the Glasgow Royal Concert Hall.

Please register to join us on the day to hear Andy keynote address, ‘Innovation begins at home’.

IoT is at the heart of everything Andy does, and he has worked on Internet of Things technologies for over 20 years, long before the term came into common use. A holder of more than 40 patents, one of Andy’s most significant achievements is his invention of MQTT, an open-source communications protocol that offers a scalable and cost-effective way to connect devices over the internet, making it perfect for the Internet of Things. Originally designed for the oil and gas industry, this ISO-standard protocol is now widely used across all application areas of IoT. It’s also used by social media companies, so if you’ve ever used Facebook Messenger, you’ve used MQTT.

Andy’s passion for invention and innovation began at the tender age of four when he asked for a computer for Christmas – a time when computers were roughly the size of your living room. He had to settle for the Ladybird book of computers instead but reading this kicked off his life-long fascination with technology innovation. By eight, he already developed his first ‘remote telemetry system’ to help his mum save time at home.

Outside of the workplace, Andy has numerous personal IoT projects on the go. These include managing his own 16th century smart home, bringing dinosaurs back to life, making sure antelopes stay warm at night, and making the Isle of Wight ferries tweet – the latter beginning as an IoT hack to kill time while waiting for a ferry that then took a quite unexpected turn.