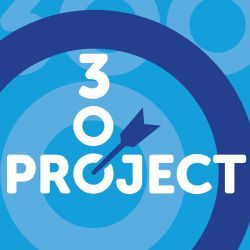 Researchers are developing an IoT enabled remote monitoring system that could tackle the perennial risk posed to forestry from pine weevils, one of the biggest biological challenges to the sector.

The system – created by a consortium comprising CENSIS, pest management company Sentomol, Forest Research and the Natural Resources Institute at the University of Greenwich – will allow land managers to identify and quantify the presence of the insects in commercial forests across the country.

In a new management approach, weevil attractants are placed in unique traps, known as Hylopods, spread across clearfell forest sites to attract and catch the insects. A camera, using machine vision and artificial intelligence techniques, counts the insects and provides an alert through an IoT network if the area is deemed to be at high risk. Foresters can then make better informed, more evidence-based decisions on how to manage their sites.

With a preference for feeding on the bark of saplings, pine weevils are a particular problem for the first five years of a tree’s life. They have proven especially destructive to seedlings of pine and spruce – tree species commonly grown for the UK’s softwood timber market.

Left unmanaged on a site, pine weevils have been shown to destroy an average of 50% and up to 100% of young conifer trees, with conservative estimates suggesting they cost the UK’s forestry sector at least £5 million per annum. The insects are found in all parts of Scotland and other key UK forest areas, along with most of northern Europe, and have been detected as far afield as Turkey, China, and even Japan.

David Loughlin, director at Sentomol, said: “Pine weevils are a big problem for Scotland’s commercial forests, but the options for managing them have been thin on the ground and heavily chemical pesticide dependent. The system we have built will give land managers the ability to remotely monitor their forests and make more evidence-based decisions, rather than relying on collecting fresh wood piles and regularly manually counting the number of insects they find there.”

Roger Moore, senior research scientist at Forest Research, added: “Protecting trees is of paramount importance to us and we do not want to use insecticides to tackle these insects unless we really have to. This system will give us the information we need to make the right decision about managing the problem of pine weevils in our forests as efficiently as possible. We successfully trialled an earlier prototype at a couple of sites and now want to roll this technology out more widely.”

Sentomol has developed the remote monitoring system with imaging and IoT engineering experts at CENSIS, in what is the innovation centre’s 300th project since it was created during 2013. Collectively, the projects are valued at £64 million.

The monitoring system currently transmits data over a cellular network. This will be expanded to incorporate other communication networks suitable for use in remote areas including LoRaWAN, a type of IoT network, and potentially satellite. It has specifically been designed to count the number of pine weevils and link to a decision support system to determine whether they represent a threat to trees, replacing manual counts that are time-intensive and can be open to interpretation.

The project stems from an initial feasibility study supported by the CAN DO Innovation Challenge Fund, which encourages companies to address a problem faced by the public sector that has no clear current solution. The Hylopod system will be combined with novel biological weevil control solutions that have also been developed under the CAN DO project.

Stephen Milne, director of strategic projects at CENSIS, said: “The system we have developed with Sentomol combines a range of different technologies in an exciting way. It is bringing together edge-based computing with machine vision and IoT to provide a low-cost remote monitoring capability that can help forestry professionals make more informed decisions. Most importantly, it is solving an important real-world problem that affects not only Scotland – where the Scottish Government has set ambitious targets for re-foresting land and growing forestry’s importance to the economy – but also the wider UK and Europe. It is an apt project to mark our 300th collaboration, given the significant impact it could have on a nationally important industry.”