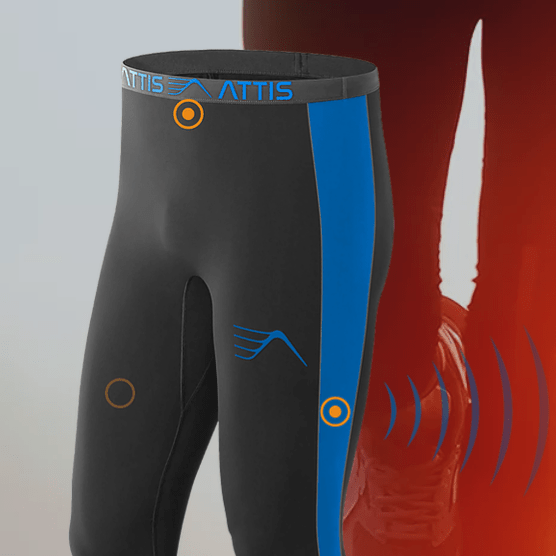 Attis Fitness has developed the next generation of fitness trackers. The company’s smart leggings analyse running movements in 3D to help runners improve their performance and reduce injury risks. A phone app connects to the leggings and delivers lab-grade biometrics and motion analysis, giving users a never-before seen perspective on their run.

One of CENSIS’s 2017 IoT Explorer competition winners, CENSIS helped Attis Fitness develop a working prototype, and enhanced the leggings’ novel design ensuring the sensors in the leggings captured all the necessary data while still allowing the wearer to move freely and naturally. With a robust alpha prototype now in place, Attis can progress to a beta phase focusing on form, fit and function, testing the leggings on runners, debugging and preparing for mass production.

Following the project work with CENSIS, Attis Fitness has gone on to win more awards. The company was a Scottish Edge winner in December 2017 and a finalist for the 2018 Young Edge award. Its founder Tim Elizondo reached the final eight of the prestigious Royal Society of Edinburgh Fellowships. Attis Fitness has also been selected as one of Scotland’s 31 best innovations for the ‘Scotland is Now Invent Calendar’ international marketing campaign running across December 2018.

Tim Elizondo, CEO of Attis Fitness commented: “Our huge breakthrough after working with CENSIS has been the product refinement. Before winning the CENSIS IoT Explorer competition, we were finding it really difficult to find hardware and software developers and our product was a long way from prototype stage. CENSIS immediately scoped out the product and advised on what tasks to concentrate on first. They were able to see that the circuit design was flawed and found a fix for this to ensure the product is technically feasible, and they also demonstrated how to amend the app to be more user-friendly.

Some of the points CENSIS made about my product were small things – but they made a big difference. CENSIS has fast tracked my product to the stage where the prototype will be ready with a few final tweaks, allowing me to now seek investment.”