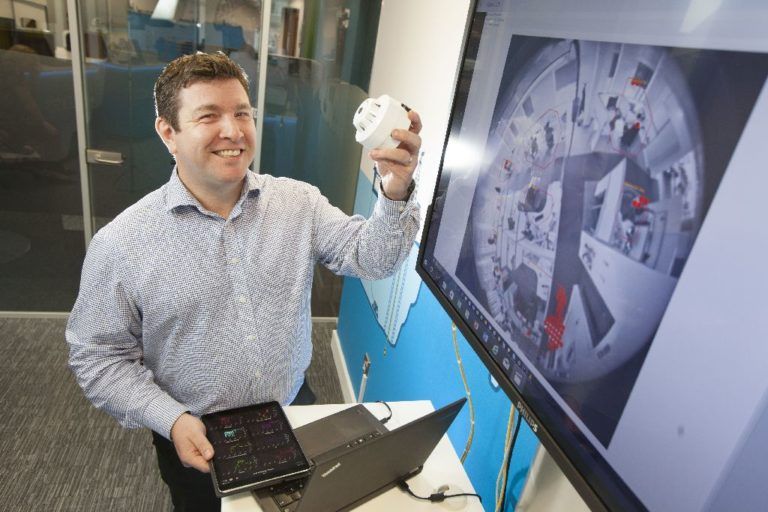 The NHS’s 500-million sq. ft. estate could be on the verge of an IoT revolution, following the development of a new sensing technology by a Scottish property technology start-up.

With the support of CENSIS, Beringar has developed a non-intrusive sensor which will significantly improve the health service’s understanding of how its buildings and moveable assets, such as hospital beds and crash trolleys, are used.

Transmitting data wirelessly using a long range, low power, wide-area network (LoRaWAN or LoRa) – a type of IoT network – the sensor will replace traditional methods of measuring and assessing the utilisation of buildings, such as clipboard surveys, by accurately counting the number of people in a room, checking building occupancy levels and identifying trends in the ways patients and staff use buildings.

It can also measure temperature, record air quality and monitor CO2 levels. As the product is developed further, it could be used to sense exactly which beds are vacant in a hospital in real time.

The NHS spends an estimated £30 billion every year managing its estates and facilities, but consultant-led studies suggest many of its buildings are being used to a fraction of their capacity. A recent trial of Beringar’s technology at the NHS’ Loxford Health Centre in Ilford, Essex confirmed this analysis.

Collecting more than 160,000 data points during a one month test at Loxford, the device detected empty space which staff thought was in regular use. The sensor, which counted the number of occupants every ten seconds, transferred data back to a specially-designed dashboard, allowing Estate Managers to identify how they could boost the building’s productivity.

Mark Sorsa-Leslie, Co-founder of Beringar, said: “The NHS spends around a quarter of its budget every year on the provision and management of its buildings, but many rooms and equipment aren’t used to their full potential. When NHS health planners want to commission a new service, but can’t see available space in their existing facilities, they might consider leasing or building a new property.

“However, the statistics show that there is a lot of free space in the NHS. Having the right data could reveal suitable space they already own in that location, saving a significant amount of money, which could be used to improve direct patient care.

“It has been said that in ten years’ time, London will have expanded the equivalent of the city of Birmingham, and already, London’s population grows at twice the rate of the UK as a whole. Having access to data like this will be extremely important for the health service, as it responds to ever-growing demand.”

Carolyn Botfield, Estates Director at the National Health Service, said: “It’s important for us to identify where the NHS is adding value, and adapt our services to the requirements of the local community – over time, its needs change. Clinics are often block-booked, but we have no way of finding out if just a few people, or twenty patients, are attending every week. The sensor will allow us to achieve real-time feedback on how our buildings are being used, enabling us to make smarter decisions.

“Beringar truly understands the NHS and the pressures and challenges it faces. Our patients are at the heart of everything we do, and the team has taken into consideration the sensitivities surrounding the environment we’re working within. By creating a sensor that doesn’t record or identify individuals, the company has made patient confidentiality a priority. We look forward to working with Beringar in the months and years ahead.”

Beringar was recently named among the first set of successful companies at CENSIS’s IoT Explorer, an accelerator programme for businesses looking to develop IoT-related products. The Innovation Centre introduced Beringar to the LoRa network and has supported its development with engineering and technical capabilities.

Dr Stephen Milne, Business Development Manager at CENSIS, said: “Apart from traditional methods, such as clipboards and visitor registration books, property managers have had no real concrete evidence of how their buildings are being used day-to-day. Beringar’s device is changing that and presents the NHS, and potentially other organisations, with a suite of information to help them deliver a high-performing estate. This project underlines the positive impact the IoT can have, not only in business, but within the services people rely on.” 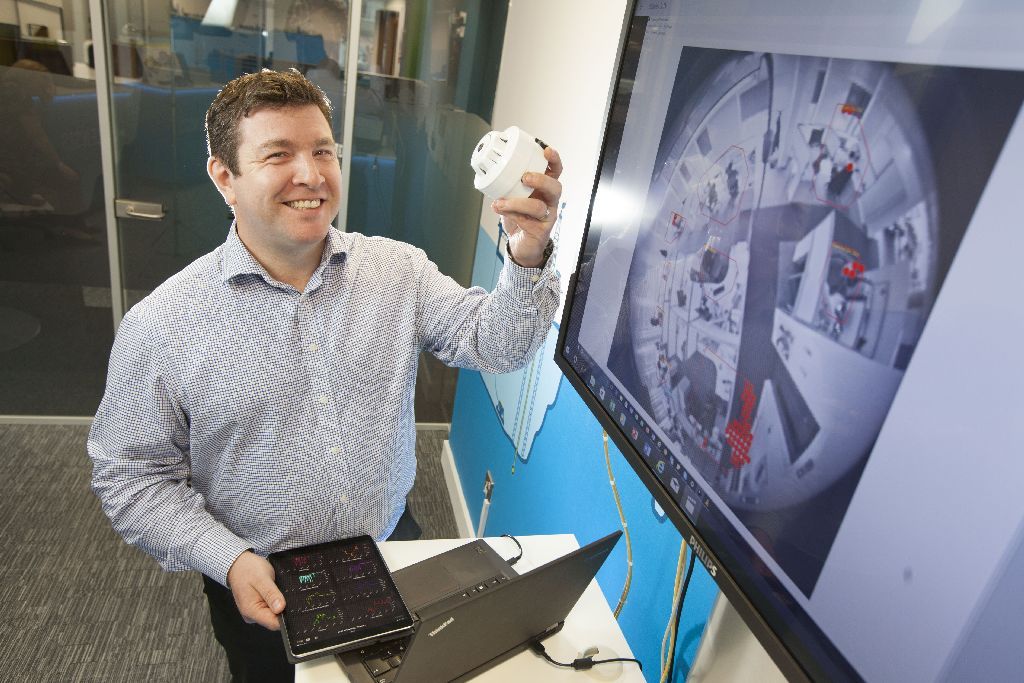