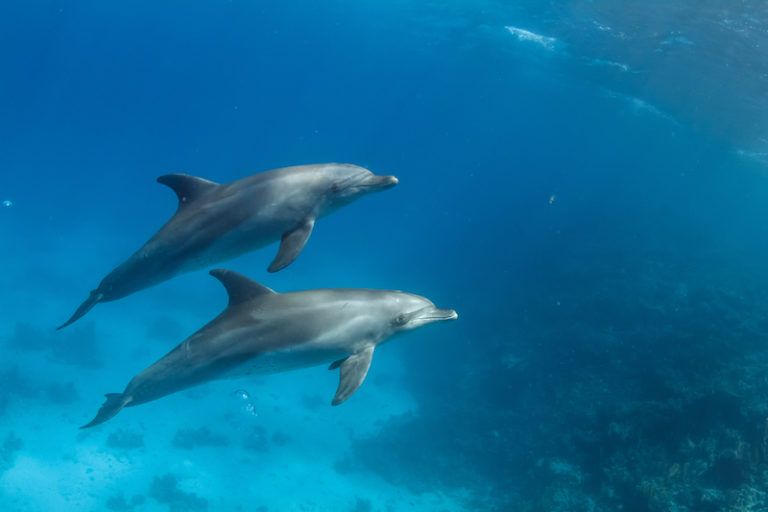 New signal processing techniques could be a breakthrough in wideband sonar

Sensor technology inspired by bottlenose dolphins could help improve subsea detection capabilities in a range of applications, thanks to a new collaborative research project in Scotland.

The technology will be unique in enabling users to accurately locate underwater objects, as well as identify their structure and composition, without making any direct contact. Existing sensor products cannot penetrate objects, instead providing only an image outline.

The system could have a variety of applications, helping surveyors to find blockages in pipelines, determine whether an underwater support is still structurally sound or identify wildlife on the seabed.

Dr Keith Brown of Heriot-Watt University said: “Bottlenose dolphins are extremely good at detecting objects in the water – using sonar they can detect fish in the sand which can’t be seen by the eye. Earlier research also showed that dolphins can differentiate between the contents of a variety of filled aluminium bottles using signal processing.

“We analysed the characteristics of these signals and, using transducers, have reproduced frequencies within the same parameters: as close as possible to those created by dolphins. This breakthrough means our new wideband sonar system can provide its users with even greater environmental, seabed and structural detail. It could, for example, be used to detect a variety of underwater objects, hairline cracks in oil rigs’ support legs or changes to the sediment on the seafloor.”

In addition to providing users with additional information, the system will be deployable on range of nautical vehicles, including autonomous underwater vehicles (AUVs) and remotely operated vehicles (ROVs). Multiple surveys can be conducted from one ship, making the device an economic way of collecting data.

The project has the potential to give Hydrason Solutions an important advantage in its existing and new markets. It already has a strong presence in the military and energy sectors, while the new system could also be used for applications in fisheries and surveying across the globe.

In addition, there could be benefits for the wider Scottish supply chain, including new business development opportunities for Hydrason’s manufacturing partners.

Chris Capus, Chief Executive of Hydrason Solutions, said: “The enhanced system has a range of potential uses, both in our existing markets and new ones. It presents us with a great opportunity in fisheries, for example, where it could be used to monitor the health of prawn beds. In markets where we have an established presence, like military and defence, it can be used to detect what’s inside objects – such as checking whether an object contains explosives or other substances.

“This system will set a new standard in acoustic object detection and identification in complex subsea environments. It could also reduce the costs of expensive surveys, through a range of efficiencies and as part of a wider transition towards autonomous working. In many industries, acoustic surveys are going on all the time – particularly as oil rigs and other installations begin to be decommissioned. The opportunities for companies to cut costs are huge.”

CENSIS is backing the initiative with a grant of £40,000 and project management support from its experienced team. The project is expected to last 10 months.

Ian Reid, Chief Executive of CENSIS, said: “Hydrason and Heriot-Watt University are at the forefront of research in sensor and imaging systems – this latest initiative demonstrates the ground breaking talent Scotland has in both its business and academic communities. Through their combined endeavour, they have the ability to create state-of-the-art, world-leading technology.

“This project has particular relevance to the energy industry, which has faced a number of challenges in the last 18 months. By embracing new ways of working and technological advances, like the wideband sonar system, they could realise significant cost savings and efficiencies. With oil prices still low, and likely to remain subdued, it could be particularly useful to the oil and gas industry.”