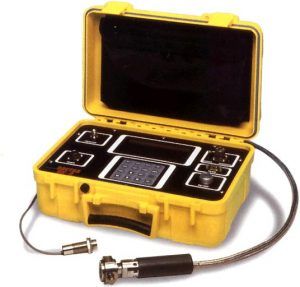 Diesel engines could benefit from increased fuel efficiency, following the development of a new algorithm by Icon Research and CENSIS.

Working together to enhance Icon Research’s Portable Cylinder Pressure Analysis system, known as ‘Doctor Diesel’, the partners have created a new method of delivering extremely accurate data about the position of pistons within the cylinders of ships’ diesel engines.

The updated toolkit will be able to automatically synchronise combustion pressure to top dead centre of the crankshaft within up to 0.1° of accuracy. Accurately tracking the combustion process in the cylinder leads to a better understanding of overall engine performance.

This level of precision is a marked improvement on existing technologies, which typically deliver readings within 1°. Engines that are timed just 1° late can intensify exhaust temperatures by as much as 10ºC, resulting in an increase in fuel consumption of up to 2%. A typical tanker burns 120 tonnes of diesel each day, the equivalent of around $40,000.

Jim Edgar, Managing Director of Icon Research, said: “Ocean-going vessels measure fuel in tonnes and burn tens-of-thousands of dollars’ worth of it every day. By optimising the combustion cycle in each cylinder, significant cost savings can be made, as well as lowering emissions to help the environment. Asynchronous processes can have a major impact on efficiency, which makes aligning them absolutely imperative.

“Previous engine analysers used angular resolutions accurate to 1°, but we are now looking for accuracies of 10 times better. This is a key challenge for the industry, with advances in technology opening up a lot more variations in engines – not least the introduction of gas engines to once again reduce emissions. More accurate readings also help crews to operate engines more reliably, by reducing vibration and detecting cylinder problems before they become catastrophic.

“Our latest iteration of the Doctor Diesel system is going to provide a significant improvement on the data a ship’s crew can draw on. It will also be easier to use and safer, eliminating the need for the cables, which previously transferred data, to be draped over engines. It will maintain and enhance our position as leaders in this market.”

Icon Research’s Doctor Diesel, so called because of the universal understanding of the word “doctor” in the international shipping industry, is ubiquitous in the maritime sector – with thousands currently in use around the globe. It is also used to train naval students at the City of Glasgow College and is deployed in nuclear power plants and hospitals, where diesel is used as an emergency backup source of power.

The company, founded in 1992, currently employs six people at its base in Livingston and exports across the world to centres of ship management, in locations such as Singapore, Hong Kong, Dubai, and Norway.

Helen Sandison, Senior Engineer at CENSIS, added: “More accurate data invariably leads to better decision-making, which can make a significant difference in an industry like shipping. This project demonstrates that with access to the right skills, businesses of all sizes can make technological advances by collaborating with other organisations – which inevitably pays dividends.”