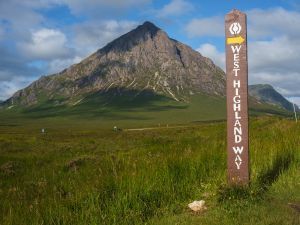 The village of Gartness, a popular stopping point at the beginning of the West Highland Way, has become one of the first smart villages in Scotland, having deployed new IoT infrastructure to support tourism and development in the local community. The project is part of a year-long Scottish Government-funded initiative delivered by CENSIS to demonstrate the transformative potential of IoT across some of Scotland’s key growth industries.

Backed by CENSIS and the Forth Valley and Lomond LEADER programme, the digital village project is designed to be one of the first of many in Scotland, revitalising and empowering rural communities to create employment opportunities and attract future investment. Other project partners include Stirling Council, Gartness Community Group and North (formerly Boston Networks).

At the heart of the project is a series of IoT enabled sensors that has been installed to provide the community with near real-time data on the number of walkers heading towards Gartness and nearby Drymen, via the West Highland Way, helping local businesses to monitor the demand for their services. Accommodation providers and hospitality businesses rely on estimated numbers to anticipate the popularity of campsites, B&Bs and food and drink venues. However, the new technology counts the number of footsteps on the popular walking trail, with the numerical data available to view online.

On average, around 120,000 people walk the West Highland Way each year, with tourism generating an estimated £5.5 million for the local economy.

In addition to counting footfall, the smart network also includes an IoT-connected weather station, hosted at Drymen primary school, and water level sensors deployed on the nearby Endrick Water, which demonstrate a low cost and accessible way for communities to monitor flood risks.

This project is a tourism IoT project, part of the wider FutureTech series of IoT projects supported by the Scottish Government. In 2019-20, CENSIS delivered a year-long Scottish Government-funded programme to demonstrate the transformative potential of IoT across some of Scotland’s key growth industries. The programme of activity included a series of ‘FutureTech’ workshops to identify projects for ongoing support as well as the development of IoT2Go, a starter kit aimed at businesses without any in-house IoT expertise. Combined with a suite of ‘how-to’ guides from CENSIS, these initiatives will aim to educate and inform businesses and organisations about how they can use IoT technology.  Each stage of the programme was designed to maximise the potential for IoT technologies and promote their benefits to both the private and public sector in Scotland.