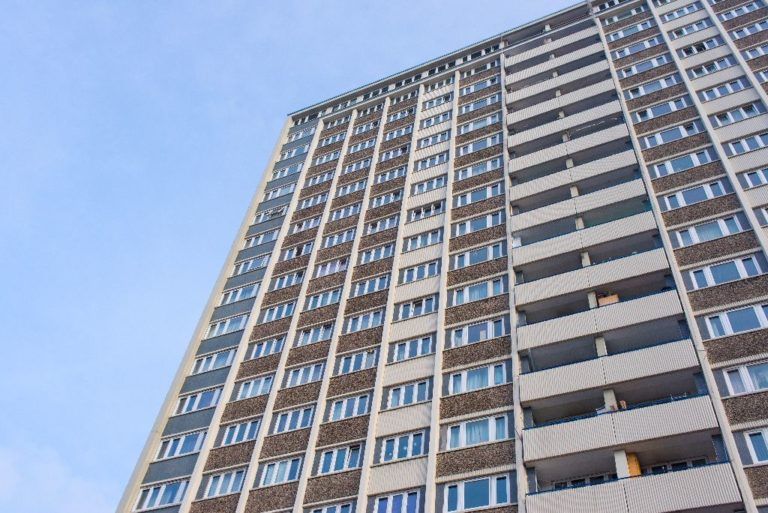 Three blocks of flats in Glasgow’s Maryhill have become some of the most technologically-advanced in Scotland following the completion of a public-private sector collaborative project undertaken by partners including the Scottish Government, CENSIS and iOpt Assets.

The project to provide broadband, together with related operational technologies in the Glenavon blocks was funded in two phases by the Scottish Government and is a collaboration between Maryhill Housing, CENSIS, Hyperoptic and iOpt.

CENSIS has developed prototypes of a number of IoT technologies designed to improve the welfare and safety of residents across the towers. It also installed the IoT network that facilitated the entire project and enabled iOpt Assets to conduct its first IoT-enabled trial.

iOpt Assets, with the support of CENSIS, developed sensors which monitor temperature, humidity and CO2 levels, which among other things, can be used during heating trials to help evaluate each system’s effectiveness.

Full fibre broadband was installed by Hyperoptic and it has now provided three quarters of homes within the tower blocks with routers while also fitting exterior cables. The internet service will be free-of-charge via funding from the Scottish government until the end of February 2020 – offering a potential tenant saving of at least £200 per year.

The partnership showcased the properties at an event attended by Kate Forbes MSP, Minister for Public Finance and Digital Economy, on 6 September.

“In particular, it provides a fantastic opportunity for partners from across sectors to work collaboratively to use IoT technology to increase the quality of living for social housing tenants. This includes improving operational efficiency for housing providers through the installation of sensors to identify issues such as fuel poverty and fire safety.

“Both tenants and staff at Maryhill Housing Association are also benefitting from opportunities to develop digital skills.

“I wish the Glenavon project every success and would take this opportunity to encourage more organisations in Scotland to explore the opportunities around IoT.”

Roger Popplewell, Chair of Maryhill Housing, said: “This has been an extremely ambitious collaborative project which uses technology to increase digital participation, reduce the risk of fuel poverty, enhance fire safety and make further improvements to the lives of people living in our properties.

“We’re one of the first housing associations in Scotland to utilise the potential of IoT technology in the area of fire safety, anti-social behaviour and fuel efficiency – three priority issues for the organisation.

“Additionally, broadband has become the fourth utility so we feel every household should have access to high-speed internet, taking steps to eliminate the digital divide and helping to develop employability skills. We’re encouraged by the uptake, with three quarters of our residents opting to have broadband installed and we have received extremely positive feedback from the digital inclusion classes.

“We’re very excited about the future potential for these technologies, not only for Maryhill Housing, but for social housing providers across the UK.”

Stephen Milne, Business Development Manager at CENSIS, added: “Taking IoT technology from the abstract to the concrete is a big part of what CENSIS does, and this project is a perfect example of that.

“The benefits to tenants of bringing IoT to social housing are significant. Increasing the safety of buildings and generating building efficiencies are two important applications of this technology which will directly impact on and improve people’s lives.

“Projects like this show that IoT can be involved in reducing fuel poverty and making tenants safer – and we’re glad to have contributed to those outcomes.

“Smart housing projects like this will help both tenants and social landlords alike, and we hope this can show others the potential that IoT has to deliver smart housing solutions.”

Dane Ralston, MD of iOpt Assets, commented: “We’re delighted to be involved in this project, pioneering technology which will allow Maryhill Housing to remotely monitor the internal environment of their flats in Glasgow’s Maryhill. Utilising the power of IoT technology, high tech sensors and data analytics, iOpt’s bespoke algorithms and machine learning techniques predict when and where issues such as mould growth will arise, allowing preventative intervention before repair costs or tenant health issues escalate.

“Our technology will be instrumental in helping to identify vulnerable tenants who may be struggling with fuel poverty. Ultimately this project will help Maryhill Housing better support their tenants.”