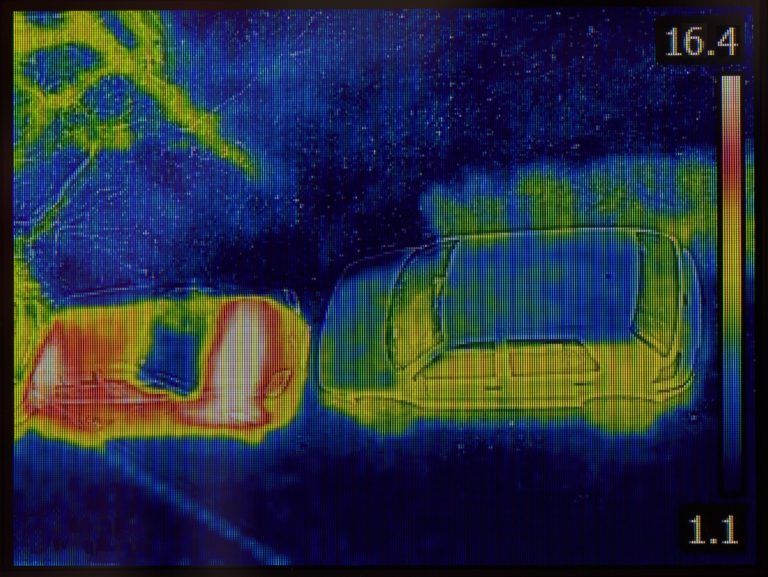 The prospect of robots being able to identify and recognise humans has taken a step forward with the development of a new approach to thermal imaging.

Emulating the way a human’s visual cortex processes and visualises information, a collaborative project involving CENSIS, Thales in Glasgow and University of the West of Scotland (UWS), has created a system which helps a device detect, improve the resolution of, and classify objects at a distance of up to 1,500m.

The system, which incorporates machine learning techniques to improve detection and visualisation, is ‘trained’ to identify a range of different visual signatures, classifying them based on common characteristics. The training process involves presenting the machine with hundreds of images of a subject to analyse at a variety of angles, distances, and with different obstructions. Over time, this allows it to build up an understanding of how particular people, vehicles, or items should appear.

The technology could have extensive applications in a variety of industries, with the security, surveillance, engineering and construction sectors among those that could benefit most.

Dr Pablo Casaseca, Senior Lecturer in Signal and Image Processing at UWS, said: “The system we’ve created is a unique piece of technology – it significantly enhances detection and classification capabilities on thermal imaging cameras at a long-range. The potential applications for the technology could be widespread, and if we present the system with enough high quality data, it could detect a whole host of objects with a very small number of pixels. The more training data presented to the machine over time, the better the system responds – even to objects or compositions it hasn’t encountered before.

“In security and surveillance fields, for example, the system could help staff monitor video feeds or footage. Observing security cameras over long periods of time can lower concentration levels. Our system could assist by pointing out objects of interest in the distance and suggest what they might be before they approach. In construction or infrastructure, if a camera embedded with the technology was placed on a UAV or drone, it could identify small cracks on larger structures, such as a bridge, by detecting the defect and focusing on it.”

CENSIS brokered the relationship between UWS and Thales after conducting a technical landscape survey, identifying an academic partner for the company.

Dr Matt Kitchin, Algorithms Engineer at Thales in Glasgow, said: “By pairing UWS’ object detection technology and machine learning techniques with our imaging expertise, we have developed a new capability in object detection and identification, which we would hope to be able to deploy on products in the future. The partnership with the University has been extremely beneficial to Thales, and we’re grateful to CENSIS for helping us find Pablo’s research group.

“The outcome of phase one has been encouraging – the classification results have yielded very high success rates over a wide range of imagery. Due to the findings, and the potential opportunities the project has unveiled for both Thales and UWS, we’ve launched a second research and development phase. We’ve also appointed two algorithm engineers in Glasgow to work on the implementation of these machine learning algorithms, and to help us fine-tune and better understand how we can apply the technology for use in a range of industries.”

CENSIS provided project management support to Thales and UWS for the duration of phase one, and the three organisations have agreed to jointly fund a PhD studentship at UWS as the project launches into phase two.

Gavin Burrows, Project Manager at CENSIS, said: “This project is a great example of what can be achieved when the right academic institution is paired with industry specialists. Thanks to their partnership, Thales and UWS have created a technology that could revolutionise detection and classification capabilities in a range of industries, placing them at the forefront of research and industrial applications in this area.

“The collaboration has been extremely successful, and it’s encouraging to see Thales and UWS working together again on the second phase. CENSIS will continue to support Thales and UWS, and will help to fund a PhD studentship to take the project to the next level – we look forward to seeing the results of the next research and development stage.”