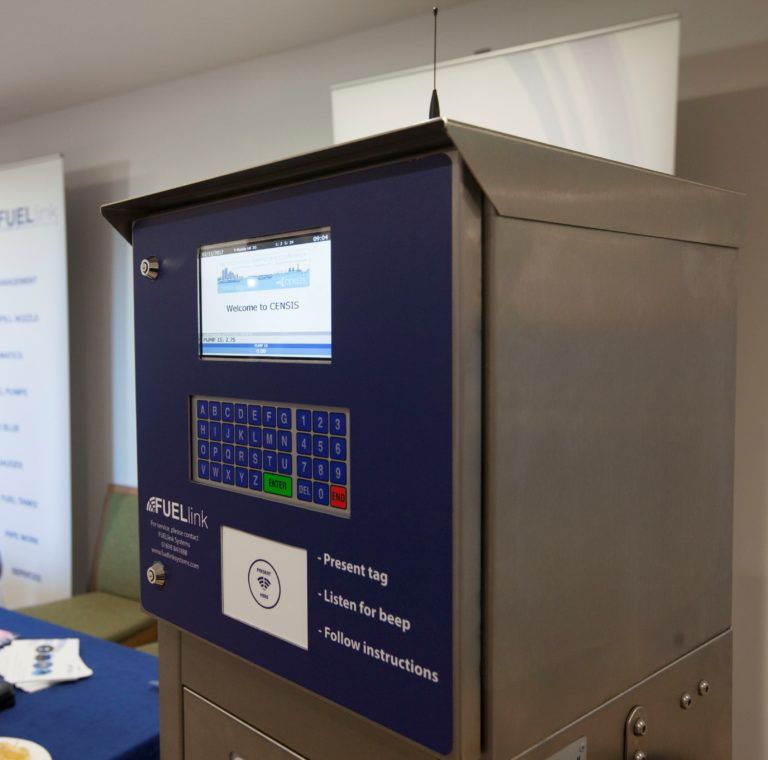 FUELlink Systems launched the new product, called VINIE, at Euro Bus Expo 2016 in Birmingham in November 2016. The business said it has already received interest from several major transport organisations on the back of the event. Developed over the past 12 months with assistance from CENSIS, VINIE uses Bluetooth technology to automatically check vehicles’ identification, allowing buses, vans, cars, and trucks to be refuelled more quickly and securely.

Combined with FUELlink’s fuel management system, the product can accurately check odometer readings, required by bus companies for rebate claims; and use this data to calculate miles driven per gallon, which can be used to detect fuel tank leaks or benchmark efficiency. The device can also include the vehicle’s fuel tank level at the point of fuelling, providing valuable information for fleet operators.

John Ashley, Director at FUELlink Systems, said: “The opportunities for this new product are endless – it could be used in a wide variety of industries for a broad range of purposes. For now, we’re focussing on the bus operator, haulage, and local authority markets, which all operate large fleets of vehicles – any time that can be saved in refuelling can translate into significant savings.

“But, there’s a lot more to it than that: VINIE also offers security benefits, by checking vehicle ID – theft of fuel is still a fairly common occurrence for organisations with on-site pumps.  When combined with complementary technologies, VINIE can also help vehicle operators be much more efficient with their plant, through the setting of miles per gallon targets, or hours worked per litre, and detecting possible leakages in their fuel tanks – both of which can save them money in the long-term.”

Ashley added: “The launch of VINIE marks a huge step forward in the evolution of FUELlink – not only do we think the product has enormous potential on its own, but it could open up new opportunities for our existing products too: for example, we expect our non-spill fuel nozzle to benefit from the introduction of VINIE. We’re very excited about what it means for the business and have already received interest from some of the industry’s biggest players and some surprising offers from potential distributors.”

Earlier this year, FUELlink was one of five winners at the Scottish leg of IoTUK Boost, organised by CENSIS with Data Lab, the University of Edinburgh’s Informatics Ventures, and IoTUK. The conmpany underwent a one-month period of incubation and mentoring at CENSIS in Glasgow, where it worked on the product’s development.

Mark Begbie, Business Development Director at CENSIS, commented: “FUELlink’s use of the IoT demonstrates just how transformative it can be for businesses of all sizes – VINIE has huge potential in a number of sectors and could help the company get to the next level. We were thrilled to provide technical and coding support in the product’s development and look forward to seeing it in action in the near future. This is another great example of how technological innovation can turn into tangible economic impact.”